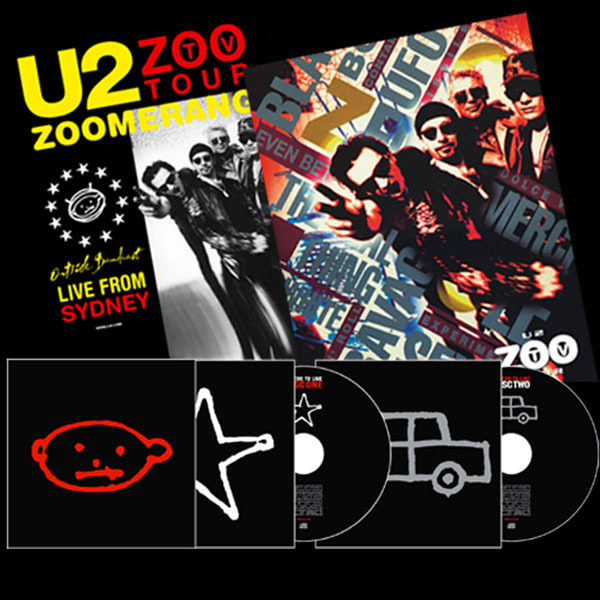 DISC NO:1 DISC NO:2
share
'ZOO2LIVE', a limited edition U2 live double album, was released in 2006 only to subscribers of U2.Com.
Featuring 24 live tracks from the band's legendary ZOO TV Tour of the early 90's, the album came in a specially designed sleeve, with a double-sided poster celebrating the 1993 Sydney show. (The two-disc release featured one additional track - Trying To Throw Your Arms Around the World, recorded live in New York.)
Release Date:
18 November, 2006
Produced By: