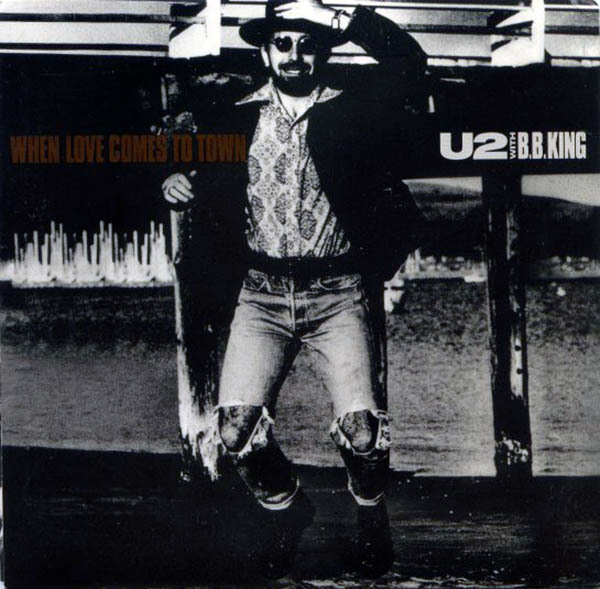 The song appears on the Rattle and Hum album and video. During the November 24, 1987 concert in Fort Worth, Texas, B.B. King and his band joined U2 on stage to perform When Love Comes To Town, a song written for B.B. by Bono and rehearsed earlier in the day. The studio version of the song was recorded at Sun Studios in Memphis. During the Smile Jamaica concert on October 16, 1988 in London, U2 were joined by Rolling Stone Keith Richards on guitar.

B.B. King performed the song several times including a performance called Live At The Apollo on November 10, 1990 in New York and a duet with Melissa Etheridge on VH-1's Concert of the Century in 1999.

The following artists are among those who have covered the song: the Royal Philharmonic Orchestra on Pride: The RPO Plays U2; Studio 99 on The Best of U2 - A Tribute and Bryan Sutton's Ready To Go; the Paul Woodcock Band on Fat White Weirdo In A Cadillac. It can also be found on the compilation Blues Experience, Lucille and Friends, and King Of The Blues - all by B. B. King.

The song was nominated for a Grammy for Best Rock Performance By A Duo Or Group With Vocal.

'Bono and I met BB King in Dublin and he said, Hey, you guys should write me a song. We said, Ah, yeah. I thought it was unlikely but a while later Bono said, Remember BB King? Well I've done this song and it's pretty good. We liked it so much we decided to use it on Rattle and Hum and asked B.B. if he'd join us.'