Discography
Another Time, Another Place
25 November, 2014 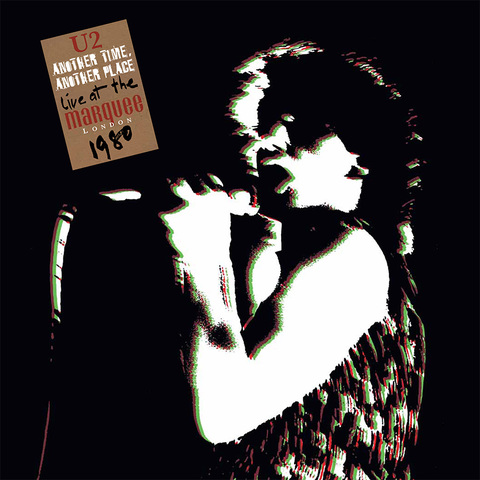 Another Time, Another Place
Live at the Marquee, London 1980

Double 10" album, produced for U2.com subscribers, captures the band playing live at London's Marquee Club in 1980, as they took early songs on the road across Ireland and the UK.

A limited edition live set on two 10" vinyl albums in a bespoke gatefold sleeve, with 10 tracks recorded live at the Marquee Club, London on the 29th September 1980. Available only to U2.com Subscribers, the tracks will also be available for download.

On Side 4 of this limited edition set, Bono looks back to September 1980, and four consecutive Mondays that the band played the famous Soho venue.

'The first Monday it was half full, the second Monday nearly full, the third Monday they had to turn people away, the fourth Monday, there were queues round the block, across the road and Wardour Street looked like an A-bomb had landed on it – we thought of it as "The Irish Invasion" – it’s incredible what a few hundred people believing in you does for your self confidence...'
Bono