The Gospel According to U2 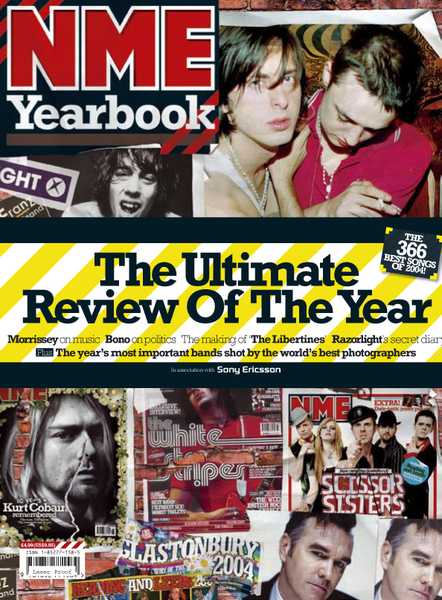 share
The band are on the cover of the Christmas edition of the UK's NME - and reviewing 2004.

Commenting on a sprawling bunch of disparate topics - from the war in Iraq to music business piracy, from the US election to Big Brother TV show - they also reveal that Interpol, Scissor Sisters and Franz Ferdinand are among their choice cuts from the year in music.

In the first of a two-part interview, stretching over several pages with some great new band shots, here we carry a couple of choice segments.

Larry responds to criticism that it was a sell-out for U2 to do the iPod advert: 'We did that Apple iPod advert and it was like, 'U2 sell out', accepting sponsorship. But we took no money. We decided to do that, you know why ? Because we knew that we would be on a TV station near you.... Working with Apple, it's one of the coolest products around, they've got amazing designers, they have almost single-handedly saved the music industry, because the industry was going around suing Napster, scratching their heads, while Apple was busy figuring out a way of downloading music where people could pay for it....'

Bono describes how much he likes The Libertines: 'What I love about them is the sense of jeopardy. You feel it could fall apart or they could love you. And I love that, I'm a fan.'

Adam reflects on transexual Nadia winning the UK TV show Big Brother - wondering what it says about the upside-down nature of modern celebrity: '...the thing that's noxious about celebrity is that it upends God's order of things. The real romantic figures surely, should be nurses, firemen, mothers, aid workers...these are literally heroic people...'

How To Dismantle An Atomic Bomb, Press, Recent Albums
U2
©2020 U2.  Powered by Live Nation Entertainment.