It's About the Music.

share
U2.Com have been in Morocco with Brian Eno, Danny Lanois and U2 and we can bring you the inside track on the Fez songwriting sessions.

In this third story from Fez Adam discusses the 'looser rhythmic structures' they are working with and why it's so good to be with Eno and Lanois again.

Adam looks over the balcony of U2's studio in Fez; Danny Lanois is messing around with a slide guitar, while backline chief Sam O'Sullivan sets up some Sufi string players with music stands and microphones. Brian Eno is prepping the strings for work on a new track.
Eno loves the atmosphere the strings bring. 'It has the effect of making the track much more nervous,' he muses.

For Adam the marriage of local musicians with the experimental nature of the Fez Sessions is very promising. He's looking forward to something new. For him the big plus about this period is how the band are working within 'a looser rhythmic structure.'

'I'm excited about what's happening here because I feel that the strength Eno and Lanois bring to us has matured. Both as players and creative people there seems to be a great synchronicity between where we are at and where they are at.'

It's amazing to think that it was nearly a quarter of a century ago, in a ballroom at Slane Castle, that U2 first hooked up with Eno and Lanois for what would become 'The Unforgettable Fire'.

'What has changed really is that we've all grown up,' says Adam. 'We're here because we know it works, everyone knows that they can do more in this environment than they can do on their own - so there is a great collaborative spirit in the air.'

'It's very stimulating for us to be working on material that isn't so rooted in rock'n'roll,' he explains. 'The last two records for us were very much rock records made by a four piece band but what we're doing here, this is kind of liberating, it's about something else.'
But he's not predicting what that something else might be: 'It's good not to try and bottle it. It's nice for it to be about the music. When the process is finished we'll see what we've got...'

Later in the afternoon, the string players have left and the attention is turned to a group of percussionists who have arrived at the studio. Eno is discussing with Larry how the beat he's already laid down can complement that of the local players. Whatever comes of these Moroccan sessions, and those that preceded them in France, Adam agrees that they seem to be a conscious departure from All That You Can't Leave Behind and How To Dismantle An Atomic Bomb. 'By the end of the last tour everyone thought that for us to come back with a 'part two' of the rock record would not be right.

'Partly it is important for us to surprise people, but partly it is about the mood that is out there. For example there are a lot of young rock bands out there at the moment doing really great stuff and it feels to us like let them do that ...'
'Because these sessions have been based on a week of writing here, a week of writing there, doing something else there... it's been very easy to contain the energy and the ideas. I think if it was an open-ended session for six months we'd probably need to formalise things more.'

To date he estimates they've come up with 'at least thirty or forty pieces' and when the time is right, they've got the basis for the next record. 'There's definitely an album in there,' he says. 'If anything we might be short of one or two songs of a certain nature but I think we've got a record.'

But there's no point in speculating on release dates: 'It would be nice to think that we could do things quicker but you have to give yourselves time to spend with the music.' 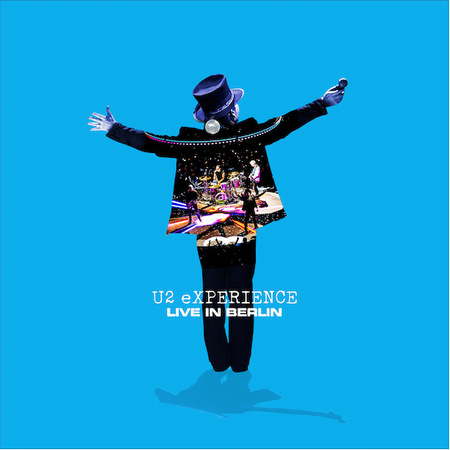 Adam, Highlights, No Line On The Horizon
U2
©2020 U2.  Powered by Live Nation Entertainment.