'A cracker of an album…' 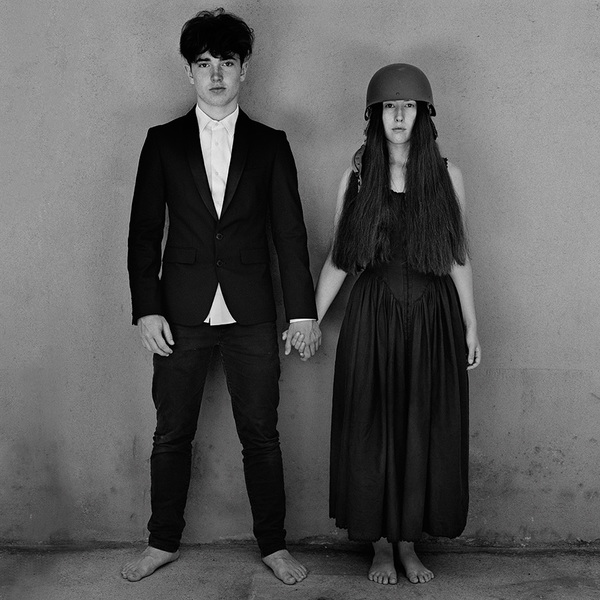 'Songs of Experience' arrives tomorrow and this week the reviewers have been passing judgment. Here's some highlights, we'll add more in the coming days.

"U2 unveil an album full of self-awareness, gravitas and humour... Often it seems as if the moments that deal with the aforementioned brush with mortality are the most natural and enjoyable, as if concerns about their frontman's potential demise caused everyone to stop worrying about U2's place within the contemporary scheme of things and focus on the music… Boasting a guitar part atmospheric and understated even by the Edge's 80s standards, the concluding 13 (There Is a Light) is delicately affecting; Landlady's extended apology to Bono's wife, Ali Hewson, gently achieves precisely the kind of emotional uplift Love is Bigger Than Anything In Its Way nearly gives itself a hernia trying to attain; Lights of Home welds distorted slide guitar and a gospel-ish chorus to an entirely fantastic song. The Showman, meanwhile, is playful and authentically funny: a reflection on the contradictions and ridiculousness of the job of rock star that shows infinitely more self-awareness than Bono's critics would give him credit for... U2 sound more like the band you suspect they want to be than they have in a decade."
Alexis Petridis, THE GUARDIAN,'U2: Songs of Experience, '…fantastic return to form' ****

"People who can't stand U2's earnest, heal-the-world side may want to turn elsewhere right now. The word "love," unironic and high-minded, recurs all over "Songs of Experience," the band's long-gestating sequel to its 2014 album, "Songs of Innocence." Where "Songs of Innocence" was full of youthful biographical specifics, both euphoric and grim, from the group's lead singer and main lyricist, Bono, "Songs of Experience" has an adult's broader, more general perspective. It favours lessons and archetypes, not stories…"
Jon Pareles, NEW YORK TIMES, 'U2 Releases 'Songs of Experience. Cynicism Not Included.'

"Songs of Experience will likely go down as a late-career classic. Unlike its predecessors, it carries some memorable, stadium-ready tunes, initially signposted by You're The Best Thing About me - their best comeback single since 2000's Beautiful Day…. U2 have dug deep, yet they remain both postmodern and unpredictable. Able to assume many sounds and voices; to invoke their early-80's innocence but also none-more-experienced, masters of every inch of their game…. from here, U2 can rebuild with confidence."
Andrew Perry, Q MAGAZINE, Bringing It All Back Home ****

"Textbook anthem Love Is Bigger Than Anything In Its Way… is plainly a parent-to-child letter of reassurance; an important unburdening for someone recently spooked, and another key component in U2's strongest album this century."
James McNair, MOJO, 'The Letters of Paul' ****

"As the title makes plain, Songs of Experience is not the work of young men. It showcases U2 at their most mature and assured, playing songs of passion and purpose, shot through and enlivened with a piercing bolt of desperation. "The Showman gives you front row to his heart / Making a spectacle of falling apart," Bono sings with defiant humour on The Showman, and it is this spectacle that makes Experience so compelling. A little battered by time and bloodied by events, U2 remain defiantly unbowed, as determined as ever to make mass market music that really matters."
Neil McCormick, DAILY TELEGRAPH, 'U2's Songs of Experience is full of desperation and meaty hooks in equal measure' ****

"Behind those tinted shades…there is still a superb blue-eyed soul singer. And next to him, The Edge, is several guitarists in one: if he's not murmuring in your ear, he's roaring like Jimmy Page or taking a step back to join Larry Mullen and Adam Clayton, the most resolute of rhythm sections. After 41 years, U2's secret is their unity, just about the greatest strength a band can have. They're like an old friend now - you take them warts and all, you ride out their midlife crisis, and after spending time with them, you feel uplifted."
Tim De Lisle, MAIL ON SUNDAY, Album of the Week, '…the melodic, punchy tunes soon get under your skin.' ****

"Like its 2014 predecessor, U2's "Songs of Experience" is the product of a difficult and drawn-out recording process. Much more so than "Songs of Innocence," however, U2 has made an exciting, stage-ready album that doesn't blush or blink in its use of the band's signature sounds — The Edge's chiming guitar, Adam Clayton's trebly, adhesive bass, Larry Mullen Jr.'s sharp and responsive drums and Bono's heart-on-his-vocal-cords singing…"
Pablo Gordini, ASSOCIATED PRESS, 'U2's 'Songs of Experience' is a thrilling listen'

"...The penultimate track is 'Love Is Bigger Than Anything In Its Way' another multi-layered beaut of a ballad. Sounds like a choir doing harmonies to Bono's soaring vocals and yet another strong grower.  This is truly a cracker of an album on first, second and third listens. Living with it for an extended spell will determine whether it hits the heights of a Joshua Tree, an Achtung Baby or the cruelly underrated Pop."
Eric Lalor, JOE.ie, 'Songs of Experience by U2 ranks alongside the band's greatest work.'

Press, Reviews, Songs of Experience
U2
©2020 U2.  Powered by Live Nation Entertainment.