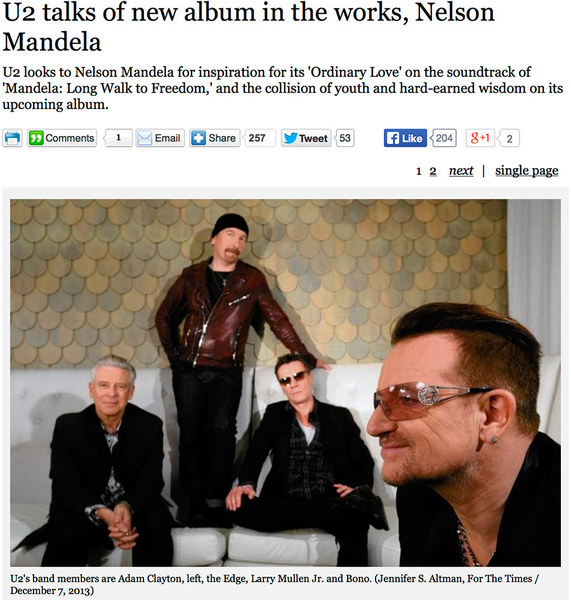 The band have been talking to the LA Times about Ordinary Love, Nelson Mandela ... and that new record.

On Ordinary Love:  "We thought it should be a love song, a very human song. Not epic, not earnest in dealing with world-changing political shifts but personal in two people trying to hold on to one another in the face of dreadful mistreatment and heartbreak." (Edge)

On Nelson Mandela: "He would always turn on the humor, mock you a little and then mock himself. Mostly himself." (Bono).

On the new record: "From the few tracks of the new album heard that night," writes Steven Zeitchik, "It has traces of the Clash and Sex Pistols and Kraftwerk — "stuff we were really listening to when we were younger," Bono said. But it also comes laden with soul and old-school R&B, genres Bono said he and friends were listening to in the 1970s "but once punk came along, no one admitted it."