Five Things We Can't Tell You... 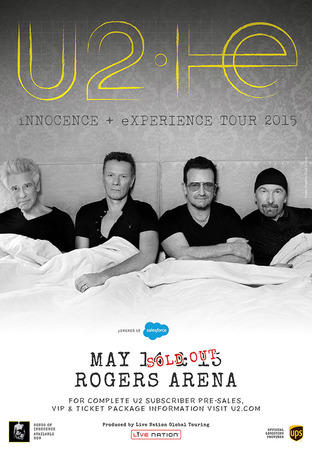 Some of the U2.com team have arrived in Vancouver and we’d love to tell you what they’ve seen and heard from the heart of production rehearsals. But if we did we'd all be fired. It's all under wraps until  Friday.

So here’s five things we can’t tell you.

Every few years the band and their production team reinvent the idea of live performance. How do they do this? Simple. By doing something no-one has done before. Remember ZOO TV? Or PopMart ? Remember the club show at the heart of the Elevation Tour ? Or the 360 spaceship? For iNNOCENCE & eXPERIENCE they’ve done it again. You’ve never seen a show like this.

There is a lightbulb.

For two months band and production team have been working on the show at a secret Vancouver location… which everyone in the city knows about. If rehearsals are closed, the odd familiar melody has escaped the building, sending fans into  paroxysms of online speculation.
Last night we sat in on a run-through of a show. First hearing of live tracks from Songs of Innocence? We're biased... but it was thrilling. We also counted songs from eight of U2's twelve other studio albums. And three never released on studio albums. Got you thinking? Be warned. It will all have changed by next week.

If U2360 was on a scale never before seen in rock’n’roll, becoming the most popular tour in history, #U2ie takes the band in a different direction. Stadiums to arenas. Outdoors to indoors. Boy to Songs of Innocence. This is a show with a powerful story. As Adam says, ‘It’s been a long walk from I to E’.

What’s the show about and where does it come from?  ‘From innocence, from experience and from a whole lot of rock’n’roll.’ That’s how show director Willie Williams puts it in the tour book… which we’re not supposed to have seen.