15 Mar 201121
share
'Two brothers attempt to become global rock stars but can only look on as old school friends U2 become the biggest band in the world.'

That's the storyline of Killing Bono, a music-based comedy coming in April based on the memoirs of Neil McCormick, an old school friend of the band.

Update: NME have posted an exclusive clip from the movie featuring 'the band's first ever gig'.

These days Neil is the rock critic of The Daily Telegraph newspaper in the UK, but as a teenager he and his brother Ivan were at school in Dublin with Adam, Larry, Edge and Bono.

With a screenplay by Dick Clement and Ian LaFrenais, the film records Neil and Ivan's plans for global rock superstardom after seeing the career of their school mates take off. And while history records that their ambition was sadly unfulfilled... it does make a funny story.

'It's the story of my life as a failed rock star,' explains Neil. 'Most people deemed worthy of the biopic treatment have actually done something memorable... all I did was royally screw things up for myself, while my school friends in U2 went on to achieve everything I ever wanted.'

Although U2 are not involved in anyway with the film, some of the people behind the production are good friends with the band: apart from Neil, Ian Flooks, one of the producers, was U2's agent from 1980-1997. As it's not a documentary or factual drama, there's more than a little poetic license in the screenplay but as one man's self-deprecating account of the struggle for rock'n'roll success in the 1980's music scene, Killing Bono offers another perspective on a mythical period in the earliest days of U2. No doubt plenty of fans will be checking it out in April.

You can find the first official trailer of Killing Bono here.

Comments
21
You must be a logged-in member to add comments.
SIGN IN / SIGN UP
iwillfollowyou2
16 April, 2011
I can't wait !!!!
I want to see it!!!
13 April, 2011
looks amazing !
this movie looks so great, can't wait to see it in France ! the actors who play Bono, Edge, Adam and Larry look like so much to the real band that's amazing ! :D
uniquebeat
30 March, 2011
Killing Bono
This movie looks awesome, I can't wait for it to come out in the US!
JOLANTA
25 March, 2011
I said terrible. Does my post still get
I was skeptical at first but this actually looks like a cute movie. The dubbing for the guy playing Bono is terrible though.
cobber
24 March, 2011
cobber
I so hope this is coming Down Under!!!!
Horrid
09 February, 2011
OH the Humanity!
speaking for all failed rockstars of the 80s ...
markzanca
06 February, 2011
Looks good
U2 are a tuff band to compete with. No one has come near their succuss in the last 30 years. It must have been difficult being musicain's themselves to see their high school buddy's take on the music world by strom. Looks like a cool and funny movie. Can't wait to see it.
dobbie_dobi
04 January, 2011
Can't wait!
I've already watched the trailer... this summer... but It's great... I Can't wait to watch it..
Suhi
30 December, 2010
KB
Amazing!! Cant wait! :D
UnderMySkinner
29 December, 2010
Teresa
This looks hilarious, very tongue and cheek. Can't wait!
Luv2sigh
24 December, 2010
Awsome!!
This looks looks like a great movie!
24 December, 2010
Killing Bono
Can't wait to see this movie, it looks like great. . . love from France, Gaelle Anne <3
nicky74
22 December, 2010
Killing Bono
This looks like it could be a good movie; looking forward to seeing it...
Megan1793
19 December, 2010
Killing Bono 2011
I'm so happy that they're making a movie about one of the biggest band's of all time! I'm really excited to see it, it looks really funny! I love you Bono! <3
stevie.Phisto.stein
19 December, 2010
Very cool!
Can't wait to see this, I kept grinning whilst watching the trailer. Looks really good/funny, the theatres are going to sell out the sessions purely because of all the U2 fans who will be seeing this :P
musicabona
19 December, 2010
The real thing
This trailer looks very promising! It is great that this movie captures the earliest period of U2;s development. Back then Neil McCormick may have been disappointed, because as a rockstar he did not succeed to become as famous as Bono, but his own experiences certainly helped him to become the great writer he is now. Only somebody with an extensive musical knowledge can be an excellent rock critic. Neil McCormick did some incredible work for "U2 BY U2". I am looking forward to watching this movie!
illgocrazytonight
19 December, 2010
Can't wait!
I want to see it now!! I want more than the trailer!! The trailer was very funny :) And it's interesting cause it's about the first period of U2!! I can't wait more!!!!
chrissie
19 December, 2010
2011 teaser!!
Something to look forward to in 2011 !!! This movie really looks interesting, can't wait ;-)
electricco
19 December, 2010
mythical earliest days
Afeter Watching the really funny trailer . . . I really want to see the Movie : Young U2s ; dublin in the 70s . . . mythical period in the earliest days of U2 ; )
Gaydukova
19 December, 2010
every music critic...
This is another proof of the fact that every music critic is one who failed to become a musician himself. But Neil McCormick is a very great person. He did a really titanic work with 'U2 by U2'. And those chapters about the guys' early years are just brilliant. So i'm definately looking forward to see his movie! :-)
mich40
18 December, 2010
Killing Bono
Can't wait to see this. Thoroughly loved reading the book and the preview looks so good.
Newer comments    1 - 21 of 21    Older comments 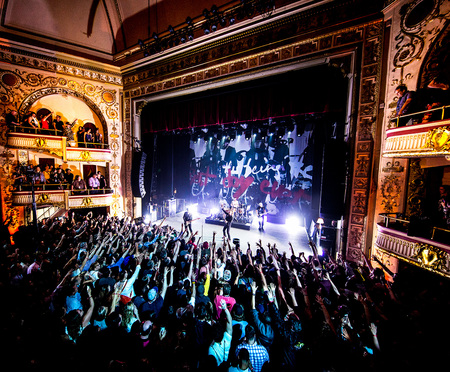