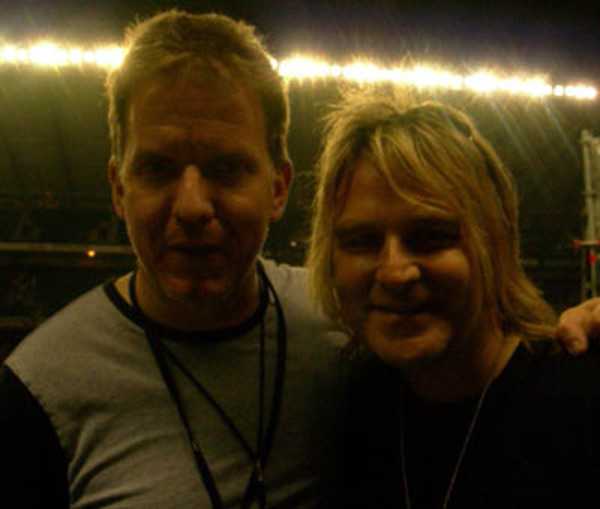 share
Finally a chance to sleep in, of which I took full advantage. On waking, received a text from Sue Godley, 'Larry was in the bar. Got to bed at 6am.' Rock & roll, eh?

On an equally rock & roll note, I took the opportunity to go home and do some laundry. I live near the hotel, but Im staying with the touring party because the quantum shift required to sleep in your own bed in the middle of a tour requires more energy than I have right now. And besides, the room service is crap at home. En route I ran into Joe O. in a coffee shop so stopped for a chat. The pair of us could barely keep our eyes open, but it was a nice, lazy feeling.

At home, after a very pleasant breakfast, the domestic dramas began. First of all the washing machine decided to pack up. Id noticed some rather eccentric behaviour before now, but of course this was the moment it decided to sit in a spin cycle for an hour and get so hot I thought it might burst into flames. This was followed by my thinking Id take the opportunity to install Tiger (the latest Apple computer operating system) onto my home Mac. This takes a while, but all went without a hitch until I tried to get online. An hour on the helpline later and I discover that the new operating system requires new drivers for the modem which will be released mid-July. Sigh. Fortunately, most of the time I can get on line via the next-door-neighbours wireless service, but clearly this going home business is fraught with danger.

Drifted back to the hotel via the chip shop on the corner. You can sit outside there, which I did as it was a perfect summers evening. Picked up a couple of DVDs at Fopp, our local budget entertainment store. Round here it costs up to £12 a head to go to the cinema, so Fopps £5 DVDs are a steal. Spent the rest of the evening in my room with a bottle of wine and moonlit view of the Thames, watching Coppolas 'The Conversation'. Its a perfect little film, all about surveillance so its right up my street. It also serves as a hilarious early 70s time capsule and of course is set in San Francisco which is worth £5 of anybodys money

Vertigo Tour
U2
©2020 U2.  Powered by Live Nation Entertainment.