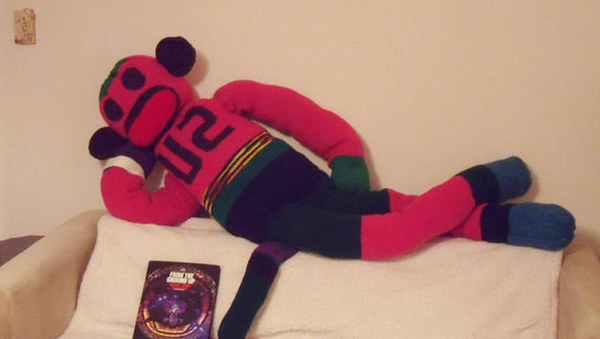 share
Some of our site highlights from the past 12 months, including those special to  subscribers. (Add your comments below.)

February: 'We knew there was something special there.' Larry was talking about War, which arrived thirty years ago this month.
What did the band's third album mean to you ?

March: He's one of Germany's biggest stars - and a big fan of U2. We tracked down Herbert Gronemeyer who told us that 'In Germany the brain needs to be touched first, and once the brain says it’s OK, you’re free to check the music out too.'  (Subscriber Story)

April: Everybody loved 'From The Ground Up' the tour book, with Edge's Picks live CD, and the final word on U2360°.  In a very clever play on words, we asked what you were building 'from the ground up'.
Naturally, we loved your work...

May: Lian Lunson herself, the woman who'd introduced U2 and Willie Nelson, came up with her all time U2 Playlist, including 'Promenade' and 'The Playboy Mansion'. '
Wow... what's that song?' (Subscriber Story)

June: On a rooftop in New York City, the band recorded an acoustic performance of 'Sunday Bloody Sunday' for agit8.

June: All the way from Electric Lady Studios U2 paid tribute to Christy Dignam with a performance of Aslan's 'This Is'. 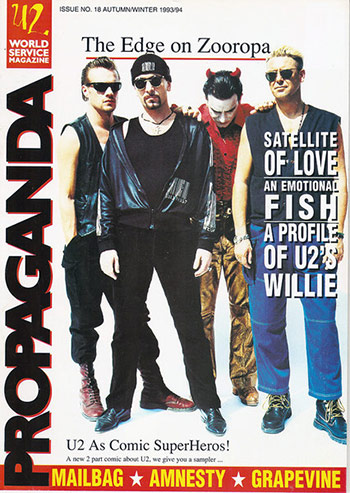 July: 'It was going to be an EP, maybe four songs.' But when it arrived, 20 years ago this month, it turned out to be an album and a bit special. Here's why we loved Zooropa at 20 and how The Edge talked about it in a vintage interview for Propaganda that we dug out of the archives. (Subscriber Story)

September: Long before the internet, there were these printed artefacts called 'magazines'. The band published their own, Propaganda, and this year we began digitising entire editions, bringing them online for  subscribers.
Three editions so far. (Subscriber Story)

October: 'If I had feet like that Lawrence, I wouldn't want them in the film.' Another anniversary, 25 years of Rattle and Hum.

November: A NEW song. 'Ordinary Love', written for the movie 'Mandela:Long Walk To Freedom', was released on vinyl for Record Store Day and came with a striking lyric video from Oliver Jeffers and Mac Premo, who also spoke to us about how they came up with the idea. (Subscriber Story)
The MP3 was downloadable for subscribers, and available to buy from iTunes.

November also saw the launch of our annual subscription offer.  'North Side Story' is the definitive account of the emergence of U2 in Dublin. Commmissioned from the Hot Press team in Ireland, it covers six formative years from 1978 to 1983, from the single, 'U23', to the live set, Under A Blood Red Sky.

December: When Nelson Mandela passed away, the band paid tribute with a special video treatment of Breathe (Mandela Version).
'Ordinary Love' was nominated for a Golden Globe Award and the band posted a new version, by Paul Epworth, to Soundcloud.
Before the year ended everyone dropped by the New York studios of Oliver and Mac who came up with a new cut of the video.

Features, Highlights, Other
U2
©2020 U2.  Powered by Live Nation Entertainment.