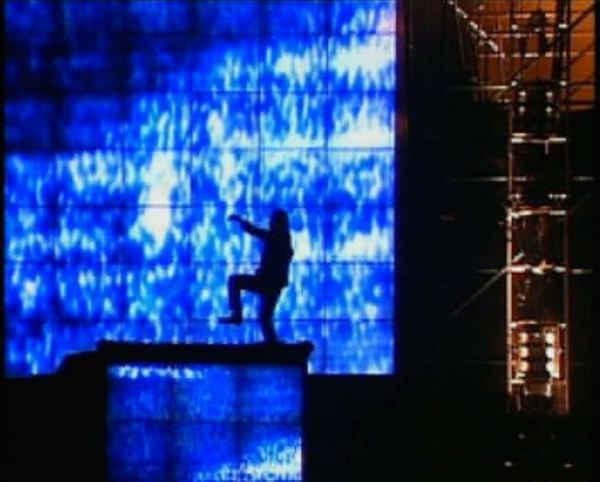 share
Novelist Salman Rushdie was in hiding for fear of his life for many years. Then he showed up onstage with U2. Then he wrote a song with them. In this extract from The Sunday Times in 2001 he recalls how it all came about.

'When the Zooropa tour arrived at Wembley Stadium, Bono called to ask if I'd like to come out on stage. U2 wanted to make a gesture of solidarity, and this was the biggest one they could think of. When I told my then 14-year-old son about the plan, he said: "Just don't sing, dad. If you sing, I'll have to kill myself." There was no question of my being allowed to sing - U2 aren't stupid people - but I did go out there and feel, for a moment, what it's like to have 80,000 fans cheering you on.

The audience at the average book reading is a little smaller. Girls tend not to climb onto their boyfriends' shoulders, and stage-diving is discouraged. Even at the very best book readings, there are only one or two supermodels dancing by the mixing desk. Anton Corbijn took a photograph that day for which he persuaded Bono and me to exchange glasses. There I am, looking godlike in Bono's wrapround Fly shades, while he peers benignly over my uncool literary specs. There could be no more graphic expression of the difference between our two worlds.

Collaborations, Recent Albums
U2
©2020 U2.  Powered by Live Nation Entertainment.