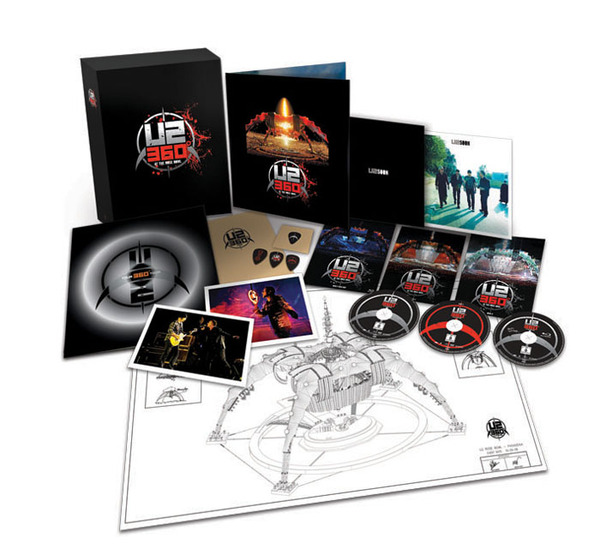 share
As you can see from this tantalising image, details are now confirmed of the 2DVD Super Deluxe Box Set edition of U2360° At The Rose Bowl released next month.

U2360° At The Rose Bowl was the penultimate gig of last year's U2360° Tour and the band's biggest ever US show, with a live audience in excess of 97,000. The show was also streamed across seven continents via YouTube. The first ever live streaming of a full-length stadium concert, U2360° at the Rose Bowl had over 10 million views on the channel in one week.

Available in standard and 2-disc deluxe DVD formats (see below), U2360° At The Rose Bowl will also be U2's first concert available in Blu-ray. The deluxe formats and the Blu-ray will feature a new documentary called Squaring the Circle: Creating U2360° with new interviews from U2, Paul McGuinness and the team behind the touring production.