'The forces that shape the world...' 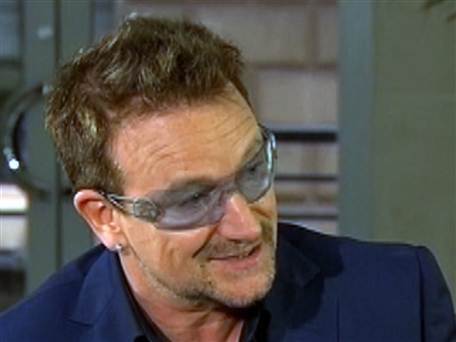 share
From Africa to Facebook. At the Global Food Summit in Washington Bono talks with NBC's Andrea Mitchell.

Watch the video, read a transcript.

On Ending Global Hunger
'But what's key about today's announcement is that the President of the United States is supporting African ideas on how to fix their problem. There are country-owned, country-devised plans in 30 African countries. And that's what it will take to get that 50 million people taken ... out of hunger over the next decade.'

On The Rise of Africa
'Africa, by 2050, will double the population of China. There will be more young people on the continent of Africa than there are Chinese in 2050. They're rich. They've got all these minerals on the ground.  And the people are saying to us, the African people, they don't want aid as an ongoing basis. They need it now to help them get to a place of independence. It's a whole new development paradigm...  the old sort of donor-recipient relationship, it's over.'

On the Facebook IPO
'Contrary to reports, I'm not a billionaire or going to be richer than any Beatle - and not just in the sense of money, by the way, The Beatles are untouchable. Those billionaire reports are a joke.  In Elevation, we invest other people's money –  endowments, pension funds. We do get paid of course. But you know, I felt rich when I was 20 years old and my wife was paying my bills. Just being in a band, I’ve always felt blessed. I got interested in technology because I’m an artist, I'm interested in the forces that shape the world, politics, religion, the stuff we've been talking about today. Technology is huge, I wanted to learn about it. People might say that's odd,  but I think it's odd if artists aren't interested in the world around them. I'm always chasing that.  Facebook are an amazing team, a brilliant team, it's a technology that brings people together.'

Watch the video, read a transcript.