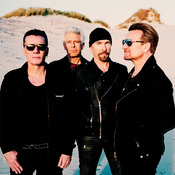 
Comments
255
You must be a logged-in member to add comments.
SIGN IN / SIGN UP
ChrisBass
11 June, 2017
Adam Claytons Bass
Hello #U2, my dream is playing one verse of #withorwithoutyou on Adams Bass with U2. I'm in REDzone in Berlin. #joshuatreetour2017 CHONR3R in Twitter (-:
sandrahelena
09 June, 2017
Thank you !!! Thank you a thousand times
I will finally have the chance to take my 20 year old daughter to this show. Imagine how important it is to me to take part (both of us) in the celebration of the Joshua Tree. You can´t imagine how happy I am !!!

loopyguy
02 June, 2017
Miami Pre-Show meetup?
I still haven't found what I'm looking for.. I am not local to Miami and travelling from out of state to see the show. Looking to have a little food, spirits and U2 camaraderie before the show. Has a place unofficially / officially elected? Any great pub or restaurant we might be able "crash"? SIncerely Fanboy of U2 since 1985 (since before the term fanboy was coined)
Carolynfoss
02 June, 2017
Carol in Canada
I was there in Toronto 30 years ago (still have the T-shirt) and every tour since and will be there again this June 23. Watching all the videos of the current tour and loving it. Thankful I will be able to experience this wonderful celebration. 30 years just flew by - can't wait!!!
kerri_goff
01 June, 2017
From the "D" to "Chi-Town" tomorrow for
The family and I are packing for our journey from Detroit to Chicago to catch the show on Saturday at Soldier Field. We are bringing our two kids, ages 16 and 13 who are both huge fans. They also happen to be hearing impaired and my oldest, daughter Shea is medically fragile, but musical as hell. She plays violin and piano and has near perfect pitch despite her challenges. This show means the world to our family as we have faced much adversity because of the health challenges. One song in particular, Running to Stand Still almost describes our journey of living with chronic illness and disability. Yes, I know it is about drug abuse...but the words just as easily apply to being the parent of two children who have had over 24 surgeries...and we are still not done. "She is raging, She is raging"...that is me as a Mom...fighting for my babies. U2's music has soothed me and my family over the years...and it continues to do so. Recently I have taken up painting as a way to express my emotions about parenting such special children. I am a complete novice and do it for the creative joy that it brings me. I call it, what else, but "She is raging". We will be on the ADA platform...stop by and tell us hello! Thank you, Larry, Adam, Edge and Bono...for helping me to carry on...when I have wanted to give up. "Walk on". Peace my friends... and Rock on! Kerri Goff 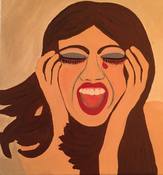 mgaiba
01 May, 2017
I can't believe!
I can't believe I was not able to find tickets for Rome, for me and my wife. After so many gig in italy, this will be the first we will not see. Can you do something? Please!
u2dam
25 April, 2017
Tampa
Got a good spot in Ramond James 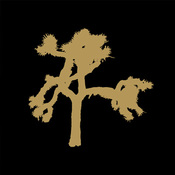 JARDEL_LEMES_U2
16 April, 2017
In Brazil
When U2 will come to Brazil? I hope for this anxiously
JessLee
01 April, 2017
Boston tix. General Admission
Will wrist bands be issued for GA people as in the past? You should do a lottery like you did for "The heart". I did buy RedZone for the last tour and would again, but was not able to access them :( I like the lottery system for getting up close, or at least wristbands as it is hard to wait inline all day, even for a hardcore fan like myself
lisamk3
19 March, 2017
One, we are ONE
I can't wait to see you AGAIN...this time in Tampa, Florida, though I am not one for the heat, but hey its a close drive or flight. I feel the love already, the music is flowing through me and I sing it, SING and keep SINGING!!! For we are one, but we are not the same...love is a temple, love the higher law!!! ONE LOVE, ONE BLOOD, ...SISTER, BROTHER...WE GET TO CARRY EACHOTHER....OOONNNEEE!!! She said see yourself to be yourself, if only you could see yourself...free youself to be, if only you could SEE!!!
peach23
17 March, 2017
Arrived in AU on #StPatricksDay
Cant think of a better day for these to arrive, thank you !!

chris42
25 February, 2017
The Refugee
I can see this masterpiece being played on this tour. I'm a Trump supporter, and can see where this song can be a cry to support this action. Love U2 and this song, hope they play it!
sbrownell
19 February, 2017
Tampa to Cleveland
U2 are the greatest band ever. Their body of work is second to none. It should be interesting to see how the band flex to the Heartland now that our country is looking to help our own starving people and THEN helping the rest of the world. And we will help the rest of the world. We are ONE global community.
ladum
15 February, 2017
Wembley to Texas
Was privileged to go to the show in 87 when Lou Reed supported. Fantastic show! Lucky to get tickets for both the Houston and Dallas shows in May. 18 first show, 48 this....and I'm as excited as I was 30 years ago!
danipupo
14 February, 2017
ROMA
io e la mia ragazza andremo a Roma a vedere il concerto!! Era il nostro sogno vedere il concerto degli U2. Siamo elettrizzati e non vediamo l'ora di essere li. Love U2
chris42
10 February, 2017
MetLife, 6/28 Hands of Love
Sooooo, looking forward to this and the classic songs of the rarely played Joshua Tree album. Consider the Rattle and Hum songs as well for this one. TK/TB-41066, out
harvnz
09 February, 2017
One Tree Hill, Auckland, New Zealand
..."I'll see you again When the stars fall from the sky And the moon has turned red Over One Tree Hill"...

musicabona
05 February, 2017
Going to Berlin to be with U2!
I´m lucky to have a ticket for the show in Berlin. It´s great that the concert will include all songs from the Joshua Tree album and I´m excited about the chance to hear gems U2 have never or rarely played live. Also, I hope they will add a few b-sides to the set list. For me The Joshua Tree was a gift I received in 1989 and it still means so much to me. Listening to it for the first time back then, I was moved by its intensity, heart and soul immediately. From the majestic intro of Where The Streets Have No Name to the heavy beats of Bullet The Blue Sky, it reveals an extraordinary diversity of sounds. It´s a stunning example of the band´s ability to mix aspects of personal life with politics and spirituality. A mythological masterpiece that takes us on a journey to wide-open spaces, giving us a complex vision of America. Greetings from Austria
Raheny66
04 February, 2017
Mount temple
Saw this tour 39 years ago in Leeds, can't wait to see it again, I have tickets ready and hotel booked for the London show
thewriter
03 February, 2017
Mexico
Please come to Mexico, Monterrey, CDMX, please, we love you here, the tickets with be sold out in an instant, please please come to Mexico :(
AlastairJohn
31 January, 2017
U2 Africa Tour
Good luck for the US tour, Guys. Please could you consider coming to South Africa again soon? Thanks in advance Your Fan Alastair
uncledave
30 January, 2017
Opening Act
On to Chicago 6/4/17! I hope the Dalton Bros. come out of retirement and open a few shows!
TOM2U
30 January, 2017
TOM2U2
Yes go to North America
ruurdy
27 January, 2017
Bsides
Would be nice if you play all the songs from the Joshua Tree sessions! Walk To The Water, Spanish Eyes etc.
Newer comments    1 - 30 of 255    Older comments