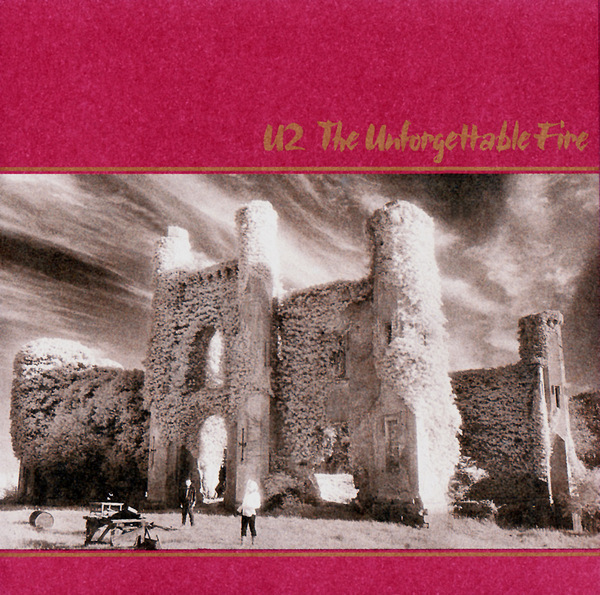 U2's fourth album, The Unforgettable Fire, has been remastered and is now released by Mercury Records.

Check out the microsite and watch a rather wonderful period video here.

This special edition marks 25 years since the album's original release in October 1984. Recorded at Slane Castle, Ireland, The Unforgettable Fire was the first U2 album to be produced by Brian Eno and Danny Lanois, and spawned two top 10 UK singles - 'Pride (In The Name Of Love)' and 'The Unforgettable Fire'.

Special formats of The Unforgettable Fire feature bonus audio material, including two previously unheard tracks from the Slane Castle sessions: 'Yoshino Blossom', and 'Disappearing Act' (a track which the band recently completed), and a DVD including music videos, a documentary and unreleased live footage from the Amnesty International Conspiracy of Hope Tour in 1986.

Details on the bonus material here. Get the album and formats here.

The Unforgettable Fire has been remastered from the original audio tapes, with direction from The Edge and the album is available in four formats: