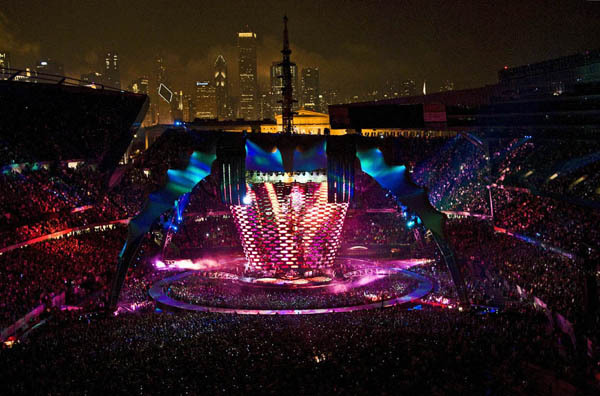 share
The annual ceremony, organised by TPI magazine, celebrates life on the road - off-stage, under the stage and backstage.

Willie Williams, Jake Berry and Helen Campbell were on hand to pick up the best live production gong while other 360 crew members and production partners were also honoured.

Describing the 360° production, TPI magazine editor-in-chief Mark Cunningham said, 'It is a massive engineering feat - from scenery to video to audio with the biggest PA system to ever be seen on a tour. The four members of U2 are effectively the icing on the cake.'

Willie Williams picked up both 'Lighting Designer of the Year' and 'Video Visionary', Jake Berry was named best production manager, Dallas Schoo won for backline tech, which was accepted by Joe O'Herlihy. The show was hosted by broadcaster Chris Evans and featured the Pet Shop Boys, Kaiser Chiefs' Ricky Wilson and former Public Image Limited bassist Jah Wobble. It was a bit of a night according to Willie.

'It's not so much an awards ceremony, more like a family punch-up at a wedding reception,' he told us, the afternoon after the night before. 'A great reunion for the 360 team and we're looking forward to taking it all out on the road again soon.'