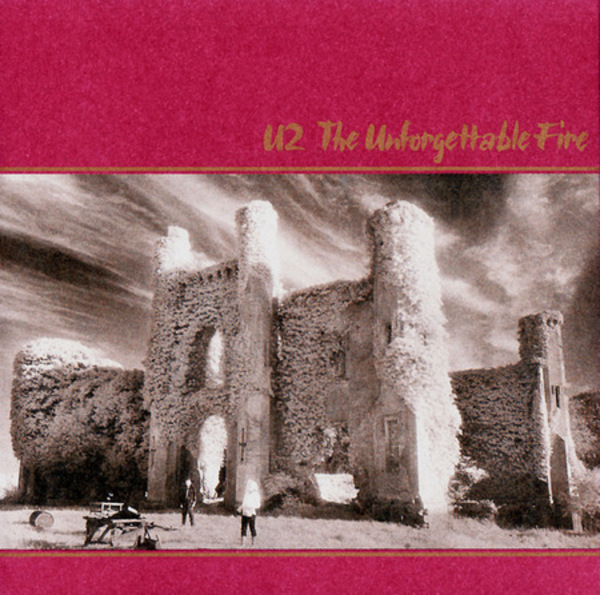 share
As we reported a couple of weeks ago, special formats of The Unforgettable Fire will feature bonus audio material and a DVD including music videos, a documentary and unreleased live footage from the Amnesty International Conspiracy of Hope Tour in 1986. Here's the 16 track listing for :


As the comments on our earlier story have been suggesting, The Unforgettable Fire - with the arrival of Brian Eno and Danny Lanois in the studio - has a special place in the heart for many fans and a lot of the tracks on this bonus CD have been unavailable for a long time.

Two of the titles from those Slane Castle sessions have never been available: 'Yoshino Blossom', and 'Disappearing Act', which the band recently completed. A Sort of Homecoming and Bad are live versions, from The Unforgettable Fire Tour that were on the highly sought after collectors item EP Wide Awake in America.

The version of 11 O'Clock Tick Tock was the b-side to 'Pride (In The Name of Love)' while Wire (Celtic Dub Remix) was previously on 7" vinyl given away free with NME in May 1985.

And The Unforgettable Fire DVD Collection looks like this:

Pride (In The Name Of Love)
Directed by Donald Cammell

A Sort Of Homecoming
Directed by Barry Devlin

The Making Of The Unforgettable Fire - documentary
Directed by Barry Devlin


Looks like a great collection to go with the remastered album.