When The Trees Are Stripped Bare... 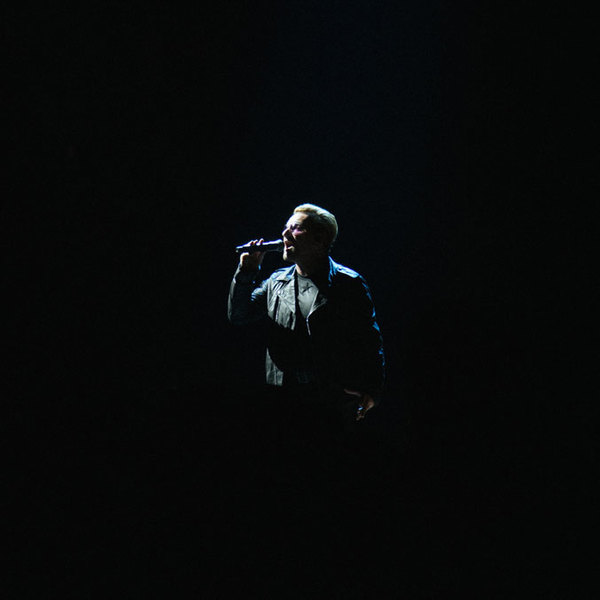 'October and the trees are stripped bare
Of all they wear.
What do I care?’

A song that never grows old, with a powerful and poignant new place in the European set. Here’s some of our highlights from the show tonight, if you were in the house add your own review and photos here.

* The opening of the show, we never mention that - Patti Smith introducing U2, the people with the power introducing the miraculous Joey Ramone.
'No matter how many times I hear it,’ tweeted @laureliz210, 'People have the Power into Miracle just brings so much excitement & chills.’

* Another night, another introduction to the band from Bono. You never know what he’s thinking.
'Wow.. that's a good start, are we moving’ up? Guess yesterday evening was just a warm up! Look at ya.. Look at ya! You haven’t changed a bit.. neither have we. Larry, you haven’t changed. Larry Mullen hasn’t changed.. that's ‘cos he stays up late, he avoids daylight, and he has very sharp teeth. Larry Mullen.
Edge is looking more Edge-like than ever, very pleasant this evening in his zen-warriorness. And do not think that because you’re all loved-up and newly-wedded that we haven’t noticed the female energy on your side of the stage Adam Clayton...
In so many way these men have not changed since I knew them as boys…'

* Another track we never mention is one that rarely fails to bring the house down, on this tour, the band lined up along the centre of the venue - Sunday Bloody Sunday.
'I can't believe the news today
I can't close my eyes and make it go away.’
According to the eagle-eyed observers at U2gigs.com, tonight was the 800th performance of Sunday Bloody Sunday.
'And the battle's just begun
There's many lost, but tell me who has won?’

'Sunday Bloody Sunday was actually why I fell in love with @u2 back in 1983/84’ posted Sabine for @U2Tour ‘And this #u2ieTour version really gets to me again!’

* ‘Tonight Stockholm belongs to you.’ Has to be Angel of Harlem and a guitarist (Philip from Poland) and drummer (Michael from Poland) are recruited from the audience to help the band out. The whole thing goes out on Meerkat to the world thanks to Simona from Italy. So many nationalities, notes Bono, ‘It’s like a Beneton ad.’  Simona, incidentally, is getting good at dancing with the band. Tonight was her third call up. First Rome in 2005, then Zagreb in 2009 and now Stockholm.

* Mother and Child Reunion segueing into City of Blinding Lights brings a special shout-out to Melinda Gates, who’s changing the world for the poorest people and ‘who changed my world’. The night ends like this.
'I have climbed the highest mountains
I have run through the fields
Only to be with you
Only to be with you...'