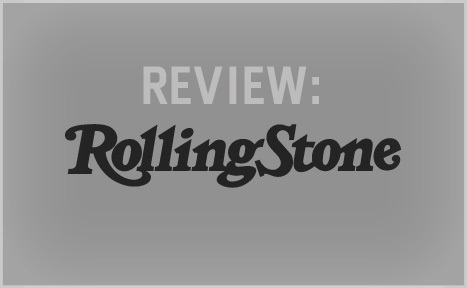 share
'U2's tenth studio album and third masterpiece, All That You Can't Leave Behind, is all about the simple melding of craft and song. Their first masterpiece, 1987's The Joshua Tree, imagined cathedrals of ecstasy; their second, 1991's Achtung Baby, banged around fleabag hotels of agony. But on All That You Can't Leave Behind, U2 distill two decades of music-making into the illusion of effortlessness usually only possible from veterans. The album represents the most uninterrupted collection of strong melodies U2 have ever mounted, a record where tunefulness plays as central a role as on any Backstreet Boys hit. "I'm just trying to find a decent melody," Bono sings with soulful patience in "Stuck in a Moment You Can't Get Out Of," "a song that I can sing in my own company."

Since they shot out of Ireland in 1980, U2 have believed that pop could sing like angels and move like the devil. They have always known devoutly that studio style facilitates meaning. It's why they have always seemed so modern -- this conviction that their sonic play of shades, textures, levels and dissolves amounts to more than an end in itself. This belief has always loomed enormously for U2, from the beat-oriented hummable songs of their first albums, which warmed up New Wave's chilly airs, to the largesse of their War-period arena performances, to their engagement with the geniuses of U.S. roots music, through to their itchy recastings, on Achtung Baby, of transcontinental love and panic. This restlessness reached a high point in 1997, when U2 released Pop, an album dipped in club music and dead set on ironic kicks.

Now, after spending twenty years pushing different styles through the roof, on All That You Can't Leave Behind they table everything except that which now seems most crucial: the songs themselves. All That You Can't Leave Behind flexes with an interior fire. Every track -- whether reflective but swinging, like "Wild Honey," or poised, then pouncing, like "Beautiful Day" -- honors a tune so refined that each seems like some durable old number. Because this is U2, there's a quick impact to these melodies, yet each song has a resonance that doesn't fade with repeated listening.

The melodies mirror the album's production, which is carried off with seeming invisibility by seasoned U2 hands Daniel Lanois and Brian Eno, with Steve Lillywhite showing up for a few mixes. Everything coheres in a kind of classically U2 sonic clench: "Walk On" addresses perseverance and reward in its lyrics, but the song is really about its minor-key dance of guitars and rhythms, vocal yearning and hope. "Kite" is about the plight of a fraying couple; when Bono glimpses "the shadow behind your eyes," his lyric evokes the music's slanted conversations of melody and rhythm and guitar figures. Bono's singing has lost some of the extra flamboyance it's had in the past, but it's as passionate as ever -- by reining himself in, he has invested his voice with a new urgency.

All That You Can't Leave Behind gets serious about simplicity. The songs aren't obscured by excessive production, but the band doesn't commit the common sin of boring people silly in the name of scaling back. The Edge's guitars are even more self-effacing than usual, showing up only as conveyors of accent and texture. On "In a Little While," Edge, bassist Adam Clayton and drummer Larry Mullen sink deeply into an Al Green whisper-groove, a feat of complex plainness. On the very London pop tune "When I Look at the World," Christmassy synths and choruses achieve an earthy focus, as Bono taps the silver at the top end of his voice.

U2 are no longer idealistic kids. In "New York," the album's penultimate moment, Bono sings as a man in "midlife crisis," desperately drawn to that city's unique brew of noise and reason, chaos and sensation. Scattered through the songs are references to having seen and felt and lived a lot. The band is still looking for what's essential, but on All That You Can't Leave Behind, the drama of that search exists right in the music itself, in the tension between rage and gentleness. On "Grace," Bono highlights a girl who "makes beauty out of ugly things." All That You Can't Leave Behind asks the same question again and again: What else in this damaged world would you spend time looking for?

All That You Can't Leave Behind, Press, Reviews
U2
©2020 U2.  Powered by Live Nation Entertainment.