'Thank you Sydney. You are something else!'

(We already had a pretty good hunch about that from meeting fans outside the venue ahead of the show - check the clip above.)

If last night's show was one to remember, tonight was not going to be outdone bringing to mind all the great times the band have had in this city down the years.

'We've been based in Sydney for a few weeks,' explained Bono. 'We don't want to leave...' That went down quite well as Bono recalled earlier visits, like in 1984, the first time the band arrived down under when 'we debuted a whole lot of strange, new music, unforgettable fire...'
'Then we played here on ZOO TV and that show was broadcast... Adam you probably don't remember it. But we remember it and what a turning point it was. We are so proud of you Adam Clayton...'
(Huge response from everyone in the house at this point...)
'Adam Clayton version 2.0 started here in Sydney...'

With the memories flooding back, Bono recalled the LoveTown film made with Richard Lowenstein and that set the scene for something a little bit special.

And with that we had the unmistakeable opening bars of All I Want Is You, played live for the first time since the Vertigo stop in Honolulu four years ago this month, Sydney joining in like their lives depended on it. The super-slow ending, with Bono on harmonica while the audience sang backing vocals, segued into a snatch of INXS and Need You Tonight ('you're one of my kind...') then Never Tear Us Apart before another segue - 'Raise me up and don't let me fall, No man is my enemy' - and we were into Love Rescue Me.

This track, written with Bob Dylan in the late 1980's, has not been played in full on tour for more than twenty years and with the band standing close to each other on stage, it was a bit of a spine-tingler.

By now the 360 Sydney spaceship was high in orbit and everyone knew it. 'I didn't think it was possible to get higher than last night,' mused Bono at the end. 'Thank you. Hope it was worth you leaving your home on a Tuesday night.'

If you were at the show tonight, add your own reviews and upload your photos below.

One
Where The Streets Have No Name 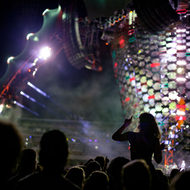 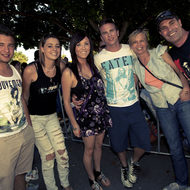 Fans in Perth outside Subiaco Oval 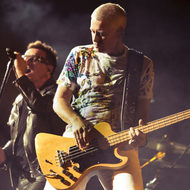 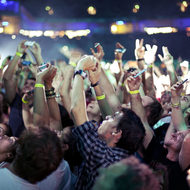 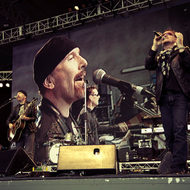 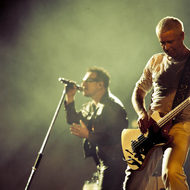 Bono and Adam in Melbourne 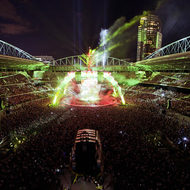 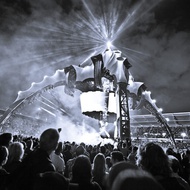 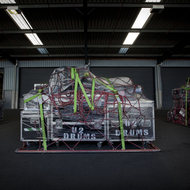 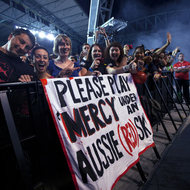 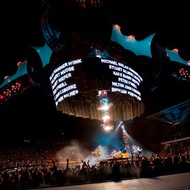 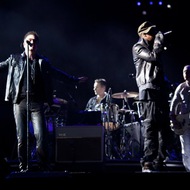 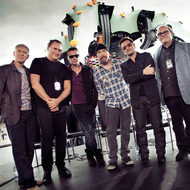 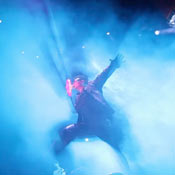 Hold Me, Thrill Me, Kiss Me , Kill Me in Perth 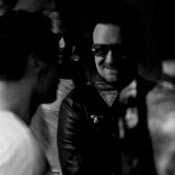 Moments before taking the stage in Perth 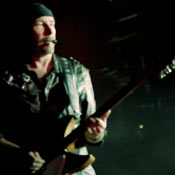 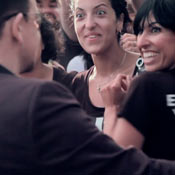 The band arrive for Sydney, show 2 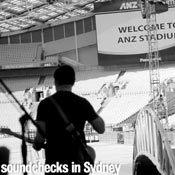 The Edge Sound Checks in Sydney 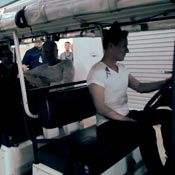 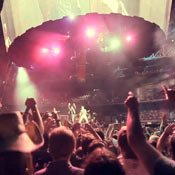 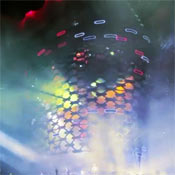 U2360° arrives in Australia 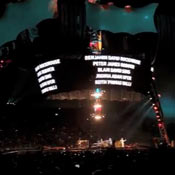 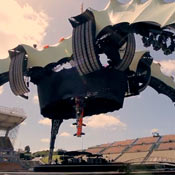