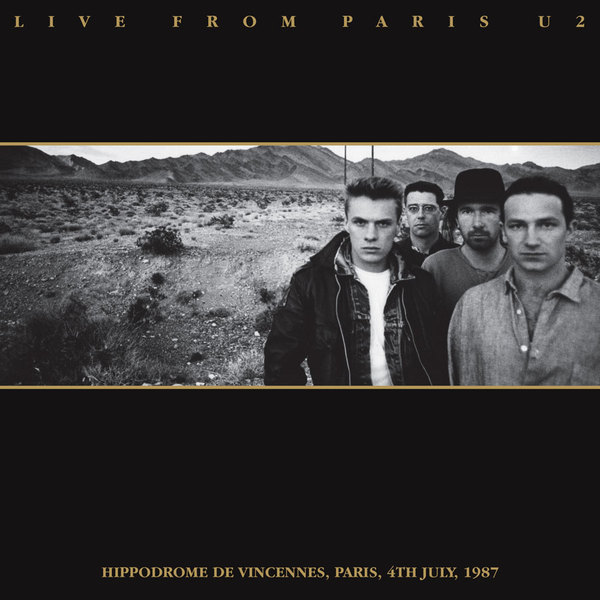 DISC NO:1
DISC NO:2
DISC NO:3
share
In 2007, U2's landmark 1987 release The Joshua Tree, was digitally remastered from the original analogue tapes to mark 20 years since its release.
In 1987, The Joshua Tree reached Number 1 around the world and won a Grammy for 'Album of the Year', while U2 won the Brit Award for Best International Act and Time Magazine put the band on its cover, proclaiming them 'Rock's Hottest Ticket'. Including a clutch of the band's biggest ever tracks - I Still Haven't Found What I'm Looking For, Where The Streets Have No Name and With Or Without You - The Joshua Tree went on to sell more than 20 million copies. The digitally remastered edition came in four formats:
* A standard CD featuring liner notes from Bill Flanagan, lyrics and unseen photographs from long time collaborator Anton Corbijn.
* A double 12" gatefold vinyl format, with the original album pressed across two 180 gram audiophile discs.
* A deluxe edition including a second CD of b-sides and demos from the original album sessions.
* A limited edition box set containing two CD's and a DVD featuring The Joshua Tree Tour live from the Hippodrome in Paris and other rare video footage.
The track listing is as follows: Where The Streets Have No Name, I Still Haven't Found What I'm Looking For, With Or Without You, Bullet The Blue Sky, Running To Stand Still, Red Hill Mining Town, In God's Country, Trip Through Your Wires, One Tree Hill, Exit and Mothers Of The Disappeared.
Released Date:
03 December, 2007
Produced By:
Brian Eno and Daniel Lanois
Engineer:
Label:
Universal Island Records under licence to Mercury Records
Recorded At:
The Joshua Tree (Remastered) - Live From Paris NEWS
'Big Screen American Visions...' 28 Dec 2007
Bill Flanagan on what U2 saw 'through...
No Ordinary Song 10 Dec 2007
'A mix of reggae and gospel it...
Paul McGuinness on The Joshua Tree 08 Dec 2007
Listen in to The Album Archive on...
BBC Music Club Special: The Joshua Tree 30 Nov 2007
Monday night's BBC Radio 2 Music Club...
'We're shutting this down...' 23 Nov 2007
Remember that LA rooftop in 1987 ?...
All News Stories
The Joshua Tree (Remastered) - Live From Paris REVIEWS
Uncut review - The Joshua Tree Remastered 10 Jan 2008
20th anniversary reissue of an oft-maligned masterpiece
'They made none better' 18 Oct 2007
'The Joshua Tree is U2's most varied,...
'They made none better' 17 Oct 2007
'The Joshua Tree is U2's most varied,...
Cue Joshua Tree 30 Jan 2007
A special edition of Q Magazine is...
Robert Hilburn in the LA Times 28 Feb 1987
'U2 is what the Rolling Stones ceased...
All Reviews
Comments
4
You must be a logged-in member to add comments.
SIGN IN / SIGN UP
u2kdog
18 January, 2015
Great show!
I had the good fortune of being there with friends from Texas and Paris. What an unbelievable show that is still my best U2 memory. Thank God for Larry, Adam, Bono, and the Edge. God bless U2!
Iguinho
26 July, 2013
Great album!
That is a great album! I just woul like it to be released on CD! I have the DVD and I can say that the band was great in Paris performing that show!
mike_walsh
31 August, 2012
How to improve on perfection
I fully admit to being biased. I love the Joshua Tree and it came along at a pivotal point in my life and is very much part of my personal soundtrack. The deluxe reissue is brilliant. Not just because it gives me digital versions of a lot of things I have on cassette singles - though that doesn't hurt in my book. The sound of the Joshua Tree was something totally new and the final product was very clean and pared down to fit. The reissue broadens the picture U2 were creating. Whether you experienced the impact of the album at the time or not this is a must have.
DavidAK
23 August, 2012
Paris 87 DVD
This is such a stunning show! Please release the soundtrack on CD. Trip through your wires, brilliant. Unforgettable Fire, unforgettable!
Newer comments    1 - 4 of 4    Older comments
©2021 U2.  Powered by Live Nation Entertainment.