Even Better Than the Real Thing 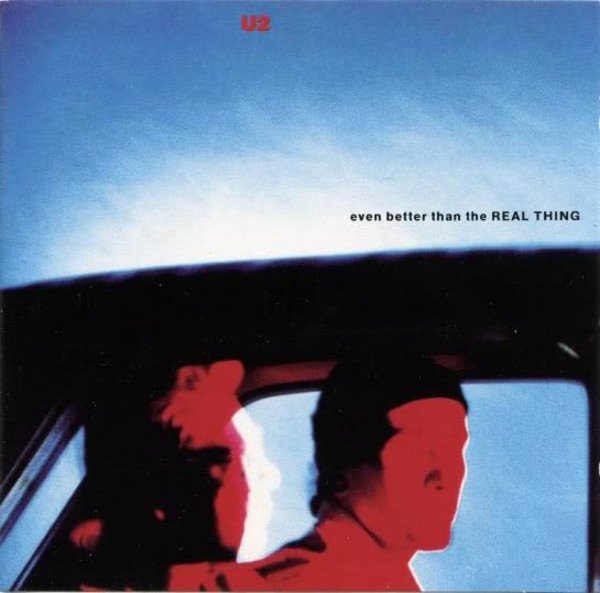 The song appears on the Achtung Baby album. A separate remixed single was also released. A live version can also be found on the ZooTV: Live from Sydney DVD.

U2 played the song live in concert on the ZOOTV tour opener on February 29, 1992 in Lakeland, Florida. While performing Even Better Than The Real Thing during the March 27, 1992 concert in Detroit, Bono called Speedy Pizza asking for 10,000 pizzas to be delivered. Later, during the encore, the deliverymen arrived with as many pizzas as they could make and they were thrown out to the audience.

The following artists have recorded a version of the song: the groups Bang Tango and Dead Or Alive, both on We Will Follow: A Tribute To U2; the Royal Philharmonic Orchestra on Pride: The RPO Plays U2; Studio 99 on The Best of U2-A Tribute; and Sharp Kiddie on Zoovenir-A Tribute To U2.

Released Date:
08 June, 1992
Produced By:
Steve Lillywhite with Daniel Lanois and Brian Eno
Engineer:
Remixes by: Paul Okenfold and Steve Osborne Apollo 440
Label:
Island Records
Recorded At:
Comments
0
You must be a logged-in member to add comments.
SIGN IN / SIGN UP
©2022 U2.  Powered by Live Nation Entertainment.