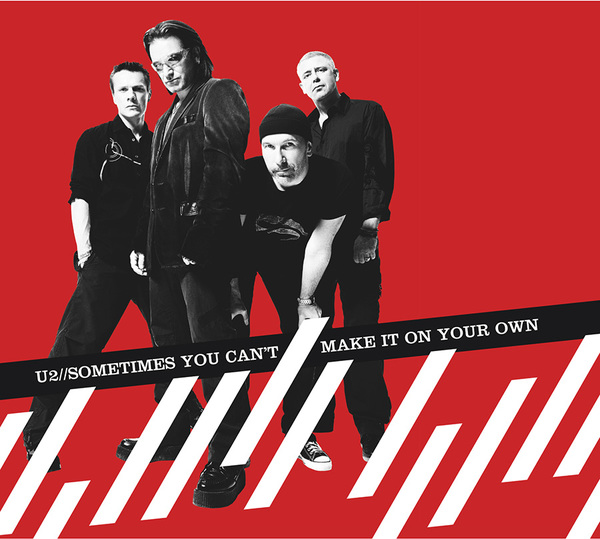 share
The third single from How To Dismantle An Atomic Bomb, 'Sometimes...' - originally called 'Tough' - went straight to No. 1 in the UK chart in February 2005. Written by Bono about his father Bob, in the last months of his life, the track went on to win both 'Best Rock Performance by a Duo or Group and Song Of The Year at the 2006 Grammy Awards.

During a two day video shoot in Dublin, directed by Phil Joanou, Bono told U2.com about how the song came from his dad: 'It's a portrait of him. He was a great singer, a tenor, a working class Dublin guy who listened to the opera and conducted the stereo with my mother's knitting needles. He just loved opera, so in the song, I hit one of those big tenor notes that he would have loved so much. I think he would have loved it, I hope so.'

Read about the video shoot here and here.

'I sang 'Sometimes You Can't Make it On Your Own' at my father's funeral. He was a very tough, old boot of a guy, Irish, Dub, north side of Dublin, very cynical about the world and the people in it, you know, but very charming, and funny with it.
'His whole thing was, 'Don't dream - to dream is to be disappointed'. That was really what I think was his advice to me. He didn't speak it in those words, but that's what he meant, and of course that's really a recipe for megalomania isn't it? I mean I was only ever interested in big ideas, and not so much dreaming but putting dreams into action, doing the things that you have in your head has become an important thing for me.'
Bono

'It's very hard when people refer to one of our old songs and say' Can you write another song as good as 'Where the Streets Have no Name' or 'One' ?
'These are the kind of songs people refer to, but I think on this record, we may have a couple of songs which are equally as good, maybe even better. In
some ways I am still too close to really say for sure if I even believe it myself - and in the end what I believe is not that important, it's what everyone else thinks that will decide if the songs on this record are as good as our best work, so I am happy to just see what people think.'
Edge