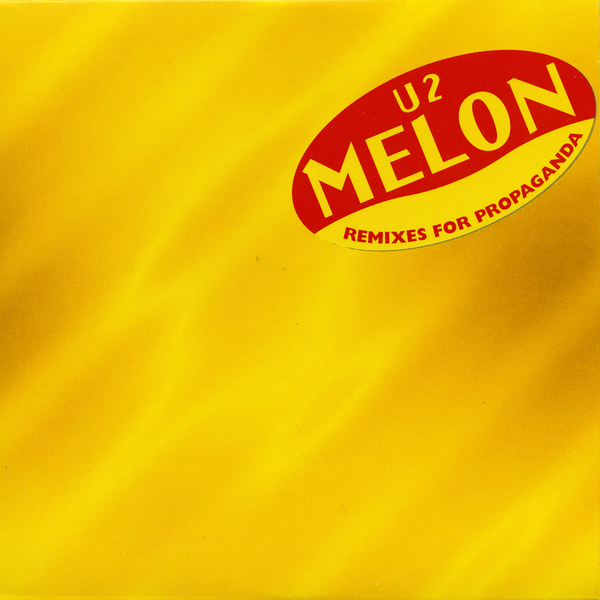 Melon: Remixes for Propaganda was a groundbreaking collection of nineties U2 tracks remixed by leading DJ's and producers. Released in 1995 exclusively to subscribers of U2's long-running fan club magazine Propaganda, the title Melon was a play on 'Lemon' and the Paul Oakenfold/Steve Osborne remix which had become a huge summer club hit. With remixes by The Soul Assassins, David Morales and Massive Attack, the limited edition CD quickly became a global collectors item.

(Footnote: fifteen years later, in 2010, the band put together another remix collection, Artificial Horizon, featuring remixed versions of tracks in the intervening period)

Released Date:
30 March, 1995
Produced By:
Engineer:
Label:
Island Records
Recorded At:
Comments
3
You must be a logged-in member to add comments.
SIGN IN / SIGN UP
repaulson
27 June, 2018
Where is my Melon
I lent my Melon CD to a friend about 15 years ago... Both are gone!
sal_c
26 August, 2015
Wish....
I wish I had a copy of Melon....awesome track listing and music :(
jeff mcguire
25 July, 2013
Start of A Trend
I got my copy of Melon in the post ,then my photo in the next edition of Propaganda with Out of Control ep and Melon ,still have em now : ) Long time member and still inspired by Bono as a person and Songwriter . All the best , Jeff Mcguire .
Newer comments    1 - 3 of 3    Older comments
©2022 U2.  Powered by Live Nation Entertainment.