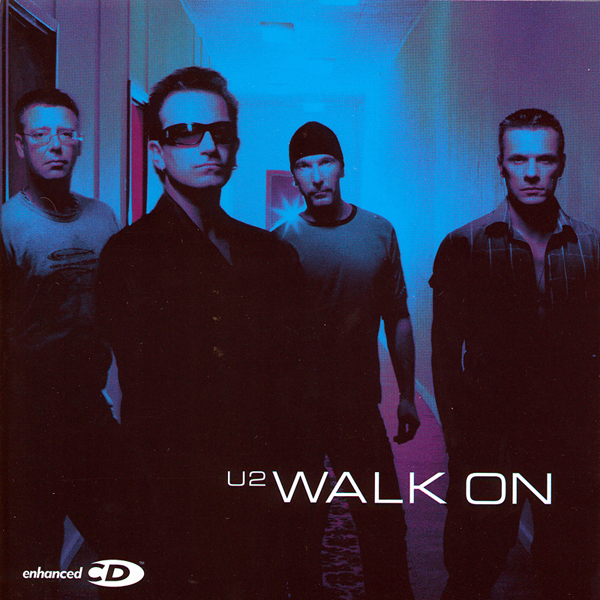 DISC NO:1
DISC NO:2
share
'You're packing a suitcase for a place none of us has been/ A place that has to be believed to be seen...'

It was the lyric of 'Walk On' that gave the title to the album on which the song appears: 'The only baggage you can bring is all that you can't leave behind.' The track, inspired by Aung San Suu Kyi, leader of Burma's National League for Democracy and under house arrest by the military junta running the country, was the fourth single from All That You Can't Leave Behind and went on to be named 'Record of Of the Year' at the Grammy Awards in 2002.

Because of 'Walk On', the album was banned in Burma, but with its rapid arrival as a live favourite from the Elevation Tour on, the song proved was powerful in introducing thousands to the campaign for freedom and democracy in the country. On the U2 360° Tour fans wore masks of Aung San Suu Kyi when 'Walk On' was performed.

More than ten years after the release of the song, Aung San Suu Kyi, now released from house arrest, visited Dublin where Bono presented her with Amnesty International's 'Ambassador of Conscience' Award.

Find out more about the campaign for democracy in Burma.

'It was inspired by a Burmese leader, Aung San Suu Kyi, and her struggle for free elections in Burma. She left the comfort of her home in Oxford, as an academic, and her family and her son and her husband, and went to do the right thing for her people. And it was just one of the great acts of courage in the 20th century. And it's continuing into the 21st century - she's been under house arrest for some time now, and people get, you know, we all get very worried about how she's doing. At first, I was writing it from the point of view of her family, or her son, you know, her husband, and then in the end I kept it a little abstract and just let it be a love song about somebody having to leave a relationship for the right reasons.'

Bono, talking about the song Walk On, in an interview with Sonicnet.com.

Comments
1
You must be a logged-in member to add comments.
SIGN IN / SIGN UP
barbie61311
13 August, 2012
Barbie061311
We have all grown up since the release of this album. The world has change so much. The most important thing is the she has been released and returned to us. Thank you U2 and Amnesty International, you prevailed!!! :-)
Newer comments    1 - 1 of 1    Older comments
©2022 U2.  Powered by Live Nation Entertainment.