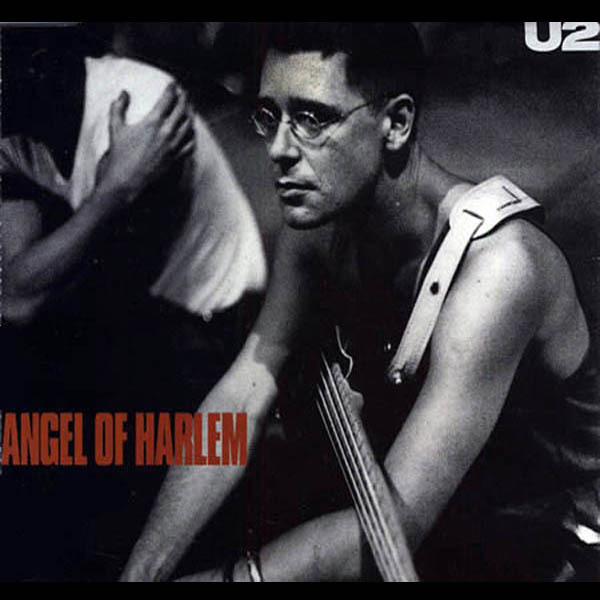 The second single release from Rattle and Hum, Angel of Harlem is an homage to jazz great Billie Holiday and was released in December 1988. Written during The Joshua Tree Tour in 1987, the track was laid down at Sun Studios with The Memphis Horns. Performed with BB King's band, it became one of the stand-out live tracks on The Love Town Tour in 1989.

One version of the 1988 single release was backed by 'A Room At The Heartbreak Hotel' while another included a live version of 'Love Rescue Me' recorded in London at the Hurricane Gilbert benefit show, Smile Jamaica, and also featuring Ziggy Marley and Keith Richards.

'Angel in devil's shoes/ Salvation in the blues..'

The song appears on the Rattle and Hum album and video. A live version can also be found on the Zoo-TV: Live from Sydney video. It was recorded at Sun Studios in Memphis and featured the Memphis Horns. It is dedicated to Billie Holiday and namechecks another jazz luminary, John Coltrane. It was performed live for the first time at the Smile Jamaica concert on October 16, 1988 in London, a benefit for the victims of Hurricane Gilbert.
The following artists have covered the song: the Royal Philharmonic Orchestra on Pride: The RPO Plays U2 and Studio 99 on The Best of U2 - A Tribute. The song was nominated for a Grammy for Best Song Written Specifically for a Motion Picture or TV.