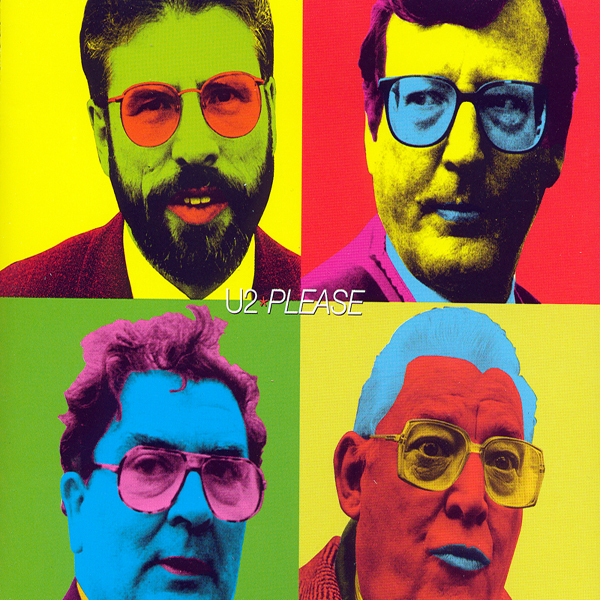 The Please (Popheart) EP, released a month earlier, featured the song as performed live in Rotterdam on July 18, 1997. It was performed live for the first time during the PopMart tour opener in Las Vegas on April 25, 1997. It was one of 5 songs played when U2 performed at the Tibetan Freedom Concert on June 8, 1997 on Randall's Island, New York. Bono inserted a snippet of Hallelujah during the performance of the song. The book, Inspirations, is a compilation of handwritten lyrics donated by various artists for the Hits Under The Hammer auction. U2 contributed two songs - Please and Sweetest Thing. A portion of the profits from the sale of Inspirations went to benefit the Nordoff-Robbins and Norwood Ravenswood charities for disadvantaged children and adults.

U2 also performed the song during the MTV Music Awards on September 4, 1997. During the opening of the 15-day 'The Island: Arts From Ireland' festival held at the Kennedy Center on Saturday, May 13, 2000, Elvis Costello performed a cover of Please. The performances were videotaped for eventual broadcast on PBS. In an interview with the British newspaper The Independent on Sunday, Costello said, 'Their [U2's] songs are often received with enormous production, sometimes a great stage set, and yet they're really beautiful. Very tender. I don't think we're here to explain it all, necessarily. A bunch of people paying 100 dollars to sit in velvet seats is not going to change anything.'

Readers voted the song No. 7 in the Hot Press Readers' Poll for Best Single.