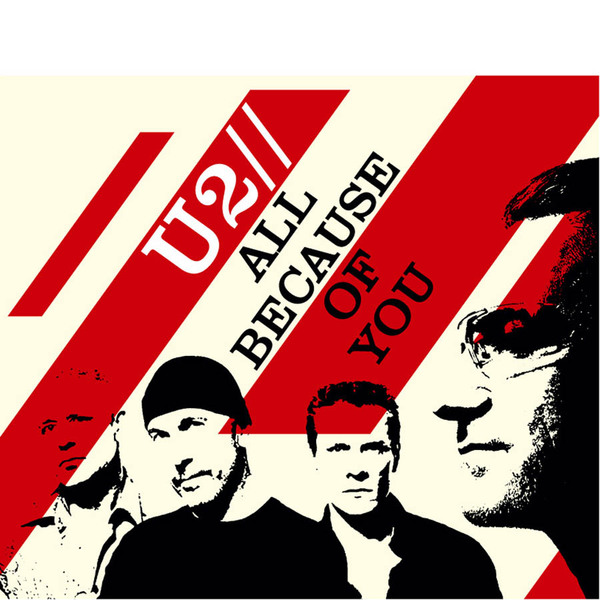 DISC NO:1
DISC NO:2
share
'A love song to The Who' is how Bono often introduced this song, which was a regular in the set list on the Vertigo Tour of 2005/6. Released in October 2005, it was the fourth single from How To Dismantle An Atomic Bomb, after Vertigo, Sometimes You Can't Make It On Your Own and City of Blinding Lights.

B-sides included a version of Miss Sarajevo, recorded live at Milan's San Siro stadium, as well as an acoustic version of the album track A Man And A Woman.

The DVD featured the video for All Because Of You shot by Phil Joanou on the back of a truck on Brooklyn Bridge - with a cast of thousands including New York cops, sirens and crowds of slightly disbelieving fans. Also featured was the video for the previous single City of Blinding Lights, shot live in Vancouver on the opening leg of the tour.

Released Date:
10 October, 2005
Produced By:
Steve Lillywhite
Engineer:
Carl Glanville
Label:
Island Records
Recorded At:
HQ and South of France
Comments
0
You must be a logged-in member to add comments.
SIGN IN / SIGN UP
©2022 U2.  Powered by Live Nation Entertainment.