Your Song Saved My Life 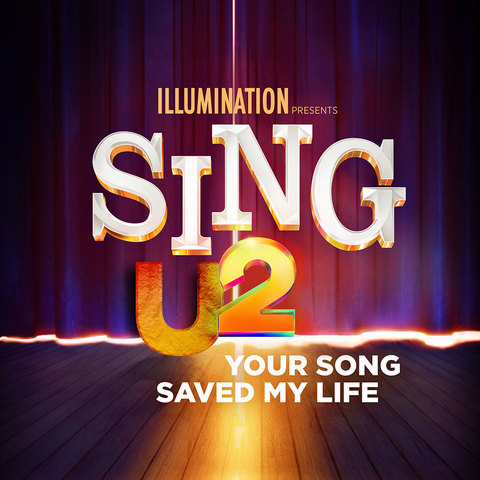 The band wrote Your Song Saved My Life for the movie Sing 2, which premieres in the US on December 22, and features Bono making his animated film debut as the (ahem) reluctant and reclusive rock-legend lion, Clay Calloway.

"It's just full of so much emotion and heart," the film's director Garth Jennings has said about the song (to Entertainment Weekly).

The film itself is packed with 40 classic and contemporary tracks, and celebrates the power of music to heal - something Bono gave voice to last year in his birthday list of 'songs that saved my life'.

Meanwhile, the film's official soundtrack - complete with U2's new song - is set for release on December 17. It includes a version of 'I Still Haven't Found What I'm Looking For' sung by Scarlett Johansson and Bono, as well as 'Stuck in a Moment You Can't Get Out Of' (Johansson), and 'Where the Streets Have No Name' (in which Johansson is joined by fellow cast members Reese Witherspoon, Nick Kroll and Taron Egerton).

There are 21 tracks in all on the 'Original Motion Picture Soundtrack', featuring the likes of Halsey, Elton John, Billie Eilish and Pharrell Williams.

Released Date:
03 November, 2021
Produced By:
Declan Gaffney, Jacknife Lee, & Martijn Garritsen
Engineer:
Label:
Recorded At:
Comments
0
You must be a logged-in member to add comments.
SIGN IN / SIGN UP
©2022 U2.  Powered by Live Nation Entertainment.