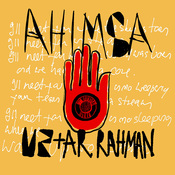 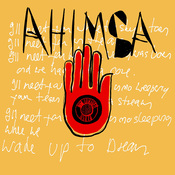 Ahead of U2's first ever performance in India, today the band release a new track, 'Ahimsa', a collaboration with legendary composer A.R. Rahman.

'Ahimsa' – the Sanskrit word for non-violence - celebrates the spiritual diversity of India and connects the ethos of U2 with the mastery of A.R. Rahman. The song comes less than a month ahead of The Joshua Tree Tour arriving in  Mumbai on December 15.

“Ahimsa requires courage and strength.” explained A R Rahman, a composer and producer renowned for integrating Eastern classical music with electronic music, world music genres and traditional orchestral arrangements. "A quality that is impervious to weapons or power. It's a mission which is most needed to heal the modern world and it is incredible timing to collaborate with U2, with their amazing legacy, to revive this movement.”

Working with A.R, said The Edge, had been "an absolute joy”.

"A superstar and a talent both towering and generous, we are especially excited to visit his homeland in just a few weeks.
"India has been on our bucket list for a very long time, the principles of ahimsa or non-violence have served as an important pillar of what our band stands for since we first came together to play music. We can't wait to experience the culture of India first hand, a place that brings together the modern and the ancient all at once.”

The fight against injustice has always been so important to us, added Bono.
"We were somewhat shaped and formed by Martin Luther King who was a student of Mahatma Gandhi. Martin Luther King said 'The moral arc of the universe is long but it bends towards justice….' I don't believe that anymore… It doesn't bend towards justice, it has to be bent towards justice. We have to be actively involved in our democracy to preserve it and show people how we feel and what we care about.
"We come as students to the source of inspiration. That is Ahimsa… non-violence. India gave this to us… the greatest gift to the world.  It is more  powerful than nuclear energy, the armies, the navy's, the British Empire. It is power itself. And it's never been more important.”

As well as 'Ahimsa', 2019 will also see the release of four highlights from U2's extensive catalogue of songs, remixed by local Indian artists. Streaming now.

Comments
35
You must be a logged-in member to add comments.
SIGN IN / SIGN UP
u2diehardperez
25 February, 2020
U2 means "Worldwide"
Beautiful collaboration. U2 is simply the BEST! Thanks
globaltraveler
31 December, 2019
6-year old singing this
I played this song on a drive during Thanksgiving holiday. Maybe just a few times during the long car ride, with my 10-year and 6-year old daughters. My 6-year old has been singing this today (Bono parts) - I haven't played it since - amazing she remembers.
swsteven
27 November, 2019
Evil doesn’t care though
Peace be with you.
PaDDY JOE
26 November, 2019
Not streaming
Ive brought it I wanted my own copy. Utterly beautiful track.......!!!!!! Patrick Rhatigan a Fan since 1983. The white flag original Top of the morning xx
MettaW
25 November, 2019
Love Ahimsa
What a wonderful surprise! Great to have new music, a lovely (and catchy song!)... very special for me after having seen U2 perform just last week in Brisbane. I agree that the moral arc of the universe has to be bent towards justice.
KEV ANGELL
23 November, 2019
Beautiful
Bono sounds fabulous lovely surprise!
Sunayana
23 November, 2019
Thank you Bono, Adam, Edge, and Larry fo
Dear U2 Heartfelt thanks for taking up the Jain Ahimsa hands symbol signifying non violence to all life forms to the world stage. (I tweeted the similar symbol on 25 October @u2.com. great to see it unfold). Where can I buy the Ahimsa t shirt signed by the band to the concerts in Japan and Singapore? I had already booked my flights the day before you announced Mumbai....gutted to not being able to change flights to see you on Ahimsa tour. See you in Singapore then Tokyo...
cloni
23 November, 2019
AHIMSA: what the world needs!
How strange life is! The other day, I started reading a book about Ahimsa's Gandhi, and the next day, my favorite band released a new song called Ahimsa... This song makes me feel good, it's been a long time, thank you so much! We're ready for a new U2 album full of hymns! Bless you
proy
22 November, 2019
#1 band in the world !!!
80,90,2000,2010 ... 4 decade number 1 band in the world!!!
u2nadias
22 November, 2019
Ahimsa ❤️❤️❤️
I absolutely love this new song! Love BONO’s voice and love the music!!! Best band in the UNIVERSE! I just purchased the single from ITunes.
u2nadias
22 November, 2019
Ahimsa❤️❤️❤️❤️
I absolutely love this new song! Love BONO’s voice and love the music!!! Best band in the UNIVERSE! I just purchased the single from ITunes.
MiamiU2Fan
22 November, 2019
Sublimely Beautiful and Haunting
Instant classic. Our boys never cease to amaze me. Thanks for being the soundtrack to the movie of my life.
brvno_mendes
22 November, 2019
Bruno Mendes
Que surpresa maravilhosa!!!!!!!!
yankeejanet
22 November, 2019
Simple but profound
This song connects with my heart and is a message the world needs to hear now. Thank you for a wonderful gift, U2.
angelbsideu
22 November, 2019
Beautiful
What a beautiful song! So melodic and peaceful. We need that in these crazy times. Thank you so much for always giving us amazing music. It's why after all these years from the start I still absolutely love you!
snodrog
22 November, 2019
Surrender to humanity
Beautiful idea and song. In a tumultuous world divided by haves, have nots and haves that just cannot get enough... it's helpful (essential actually) to listen to a soothing, peaceful chant. A salve for our aching hearts. Thanks Boys...g

Ramesh Paramjothy
22 November, 2019
Wow
Another masterpiece
Ramesh Paramjothy
22 November, 2019
Wow
Another masterpiece by genius
paolaecri
22 November, 2019
Yep!
I like this! I don't think it's one of their best tracks ever, but it doesn't even need to be. It's still very enjoyable and I really love the concept.
jayrammenon
22 November, 2019
Wow..awaiting
Sounds great..just the right song to hear in the times that we live in U2 is the perfect band to deliver this message Awaiting to hear the full version
yardie
22 November, 2019
Nice track.
Good to hear something new from the band again. Lovely track and grows with every listen, typical U2. Love the sentiment of the title, all for that.
ceci_calderon
22 November, 2019
Love it!
Thanks once again U2
edward061972
22 November, 2019
Brilliant as Always!!!
Class Act!!!
musicabona
22 November, 2019
Great message of peace
What a great collaboration with that legendary composer from India! This is a wonderful piece of music reflecting the values U2 have always stood for, Starting with soft guitar sounds and female voices, the intro already creates a genuine feeling of positivity. It´s such an uplifting song that particularly builds up much energy in the chorus. "Ahimsa" comes across as a powerful call our world needs, with Bono singing that word with beautiful long drawn-out notes.
msjedi
22 November, 2019
AHIMSA - non violence
Living in Chicago it’s no brainer that “non-violence” should be one of the most urgent things on our priority list. Everyday innocent kids and young adults get gun down, either as totally random bystanders or recruited into gangs, dreaming of better life. Unfortunately the outcome they get is a nightmare, not a dream. Beautiful song. Thanks U2 for making another poignant contribution into our consciousness, our hearts, and souls.
garyquintana
22 November, 2019
Garyquintana
A little encouragement for peace is never ending, but yet somewhat difficult to achieve by choice.
DALIGUY
22 November, 2019
TOP DRAW!
Peace ......is what I felt upon playing this for the first time. Thank you for the link, I downloaded, and am looking for to the album. J 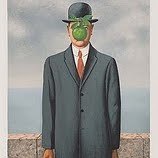 u2derek
22 November, 2019
Respect for all living things
Amazing just listen
Lunette
21 November, 2019
What the world needs now is ...
Total frequency lifter - on rotation already! Thanks for always using your music and energy to tickle the psyche of the world towards what's important. You alter and guide the zeitgeist and always have. So grateful. Rock on.
shai_fruchtman
21 November, 2019
Non violence is the old testimony
A worthy value of all. Wonderful song. Come to
Newer comments    1 - 30 of 35    Older comments