25 Sep 2009
share
U2 smashed the house record tonight at Giants Stadium. The previous attendance record was held by Pope John Paul II after his visit to the stadium in 1995.

With gig goers in excess of 84472 it was a fantastic night at Giants. Speaking from the stage at the end of the night Bono said, "News just in. We've broken every record for attendance in this stadium - including the Pope. Sorry Bruce - we know its your birthday and all". Before adding later, "I know they're knocking this place down...we probably won't be here again before the wrecking ball but it was a magic place for us as well as the Giants" 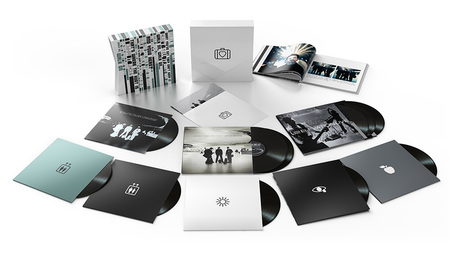 Join us today at our Elevation Live Watch Party as Edge & Adam answer your questions.

Join our Watch Party on October 30th to celebrate 20 years of All That You Can't Leave Behind!

Four unique stamps from An Post, celebrating four decades of U2.

… and see it in HD.  Beautiful Day, now remastered.