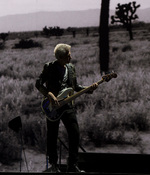 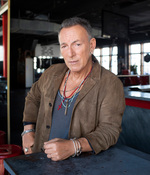 Paul McCartney, Bruce Springsteen, Elton John, Joan Jett, Slash, Noel Gallagher - along with Adam and Bono - are among the stellar talents who've offered guitars and memorabilia for a charity auction Edge is pulling together next month.

It’s all in aid of Music Rising, which Edge co-founded with producer Bob Ezrin, to help musicians re-group in the New Orleans area after Hurricane Katrina hit in 2005. In recent days, Covid-19 has threatened many more musical livelihoods in the region, and wrought fresh damage to its unique cultural landscape and historic music scene.

The auction itself is on December 11, but in the next few days Edge is aiming to give U2 fans special early access to the virtual world of ‘Bourbon St’, New Orleans… where you can view all the instruments and watch the artists introduce and play them. (Stay tuned for more news….)

Incidentally, Edge is auctioning his limited edition Gibson Les Paul. It was on  'the One' guitar, that he played one of the band’s most famous songs, thirty years old this month, live for over a decade. It was the same guitar used during the grammy performance with Bruce Springsteen and Elvis Costello in 2006, and the one Edge played during the first ever Jazz Fest after Hurricane Katrina.

Edge has also donated the Fender Stratocaster he took on the road from 2017-2019, the one he played on 'Bad' and 'I Still Haven’t Found What I’m Looking For.'

Adam has offered up the Fender Precision bass he used for ‘A Sort of Homecoming’, ‘Bullet the Blue Sky’ and ‘Running to Stand Still’ during the Joshua Tree 30 tour, and Bono has pitched in with the custom Gibson ES-175 electric he regularly played live, including on Zoo TV tour performances of 'The Fly' and 'Angel of Harlem'.

'The music of New Orleans has influenced various styles of music borrowed from early traditions.’ explains Edge. 'It's the birthplace of jazz and represents a musical culture which bears great significance to most every genre today. I can’t imagine what it would feel like to lose my ability to do what I love – making music.

'Unfortunately there are many musicians and crew members who continue to struggle since the pandemic. If this multigenerational chain is broken, we lose more than just a few concerts we lose an entire culture that stretches back centuries. Some of the world’s greatest musicians and friends of Music Rising have generously donated their personal instruments to raise money for Music Rising. We hope you have a chance to bid on one or more of the beautiful instruments in the auction. The monies raised goes to musicians and crew.'

Comments
1
You must be a logged-in member to add comments.
SIGN IN / SIGN UP
lassche
24 November, 2021
U2&WE? AMOR MUNDI:
Underground Oldenzaal town, This is what makes U2 so special. The Boys who became Man are in there best shape ever. The train goes on and this project is the beginning or One step closer to knowin g for the hole music-industrie to find new ways to connect with fans all over the world