10 Aug 200983
share
Here's the set-list for the second show in Croatia tonight, more coming up. Stand-out moment for us? The fan-organised balloon choreography. 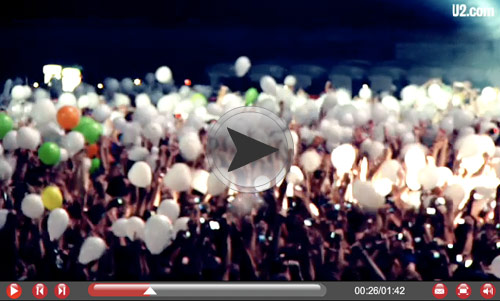 This is what you've been telling us: 'One torch on the East, Simona on the stage, Adriatic right in front of you. I don't want to go to work..'; 'Thank you U2 for making us pride. Zagreb lived those 2 days for you and because of you.'; 'The minute I heard Mysterious Ways I just KNEW this would be different... I get shivers just thinking about it.'; 'This is the music show that I have been waiting for half of my life...'; 'Thanks for coming to Zagreb, it does make a difference to see you here. and you are right, we should forget past and look ahead... and act as one.'