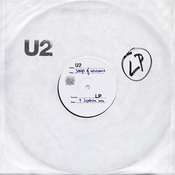 share
It started with Ordinary Love and ended with news of the iNNOCENCE & eXPERIENCE Tour 2015. That was twelve months we were waiting for... and here's some of the highlights.

A New Song - Ordinary Love
The band wrote a new song, 'Ordinary Love', for the movie 'Mandela: Long Walk To Freedom'. It was released on 10-inch vinyl to mark Record Store Day. Oliver Jeffers and Mac Premo made a beautiful lyric video to accompany it.

A Golden Globe Win
Ordinary Love took home 'Best Original Song' at the 71st Golden Globe Awards in Los Angeles. Everyone was on hand to pick it up.

Performing At The Oscars
The song was also nominated for an Oscar - and the band performed at the ceremony. They talked to The Hollywood Reporter. 'For our generation,' explained Adam. 'South Africa was a real illustration of how music could affect change in the world, and it was a rite of passage in terms of our political awareness.' (The Oscar went to 'Let It Go' from 'Frozen')

A New Album - Songs of Innocence
In September the band took everyone by surprise. At the launch of the new iPhone and Apple Watch, U2 took the stage to perform a new song 'The Miracle (Of Joey Ramone)'. Then Bono told Tim Cook about U2's new album... which Apple had already placed in the music libraries of 500 million customers in 119 countries. Welcome 'Songs Of Innocence.' Watch the whole event here.

A New Video - The Miracle (Of Joey Ramone)
'I was chasing down the days of fear/Chasing down a dream before it disappeared...'

Some Questions Answered... on Facebook
From the iTunes release to Benedict Cumberbatch, from why Larry and Adam don't have 'cool names' ... to what rockstars smell like.

The Cover of Time
The band made the cover of Time again, telling Catherine Mayer 'about another new album in the works—and its secret Apple project that might just save the music industry.'

Stripped Back and Playing Live
Through October and November half a dozen of the new songs were performed live for the first time, often accompanied by a string quintet. California, Volcano, Song For Someone, The Miracle (Of Joey Ramone), Cedarwood Road and Every Breaking Wave.

Opening in 2015 - A New Tour.
'We're going to try to have a completely different feeling from night one to night two,' explained Bono, 'and have some fun playing with the idea of innocence and experience.'

A Collection of Films (To Go With The Album)
In December the band unveiled a new artistic initiative in the form of Films of Innocence:  a series of 11 films of the most vital urban visual artists, each inspired by one of the 11 tracks on U2’s Songs of Innocence album.
Comments
24
You must be a logged-in member to add comments.
SIGN IN / SIGN UP
paulette109
26 January, 2015
Great Year
When are you coming to Perth in Australia? So look forward seeing you when you get here
mikipu
09 January, 2015
Great album.
See you on all four nights in Stockholm! B-)
vickydelvalle710
07 January, 2015
Thanks for a wonderful year guys!!
U2 I want to thank you guys for such a wonderful year!!! Bono get well soon!! Many prayers for your recovery!!! Can't wait to see you guys in NY at The Garden, July 18th!!! (Section 109 Row 5) My first concert!!! Super excited!!! Thanks again for making 2014 an exciting year!!!
IndieGB
03 January, 2015
Colombia!
When are you going to come to the beautiful Colombia? Can't wait to c U2! Bless. I.
arimatea
02 January, 2015
Ecuador
It´s wonderful! great job for people.... see you en New york
tommasj
31 December, 2014
tommasjswed
Thanks for great music,see you in Berlin!
Zlezar
30 December, 2014
Zlezar
My wife and I will be in Berlin on 25th September 2015 so see you there:)
andreldb
30 December, 2014
Looking forward to 2015
Cant wait to see the boys at Madison Square Garden in July! Great album to tour with. Thanks guys! The music rules....
Adrianeini
27 December, 2014
U & I
A gift for me & my wife, tkts to Montreal and stockholm. Celebration
Dessie Boy!
27 December, 2014
New album
Songs of experience, can't wait. Great music. Thanks guys
keith360
25 December, 2014
This Year
It's so wonderful to have these incredible happenings from the band this year. I'm very grateful. I got the Double CD Edition of "Songs of Innocence" for Christmas. I absolutely love it. Unbelievably cool surprise to find "Invisible" on Disc 2, as well. Thank you so much. Merry Christmas U2 and my fellow Zootopians. Much love, peace, and compassion to our world tonight and always. Strength and courage for a full recovery, Bono.
magda2112
25 December, 2014
U2 Tour 2015
When in Poland? I miss U(2)!
hillmu2
24 December, 2014
Hillymu2
Happy days ;)) get the new record out sooooooon......... Still at the top and still making awesome music :)))))))))
zimmjeff
24 December, 2014
U2
Living their purpose, music. It just keeps flowing from them, a gift for them and all of us as well. This time we live in is ours and very special. Thank you.
anzzy
24 December, 2014
Happy ))))
This was realy great year spent with U2 and I was feeling their presence all the time :) I am happy and proud to be their fan, love new album and every new song, which came out. I am extremely grateful for these new songs! Waiting for the next year and tour ))) U2 brings so much happiness in my life!
guilhermeb
24 December, 2014
happy xmas...
A great year for U2. More to come in 2015... HAPPY XMAS GUYS... !! Blessings from Brazil...!!
u2sheriff
24 December, 2014
Different Feeling...
So a different feeling from night one to night two on the tour... hmm shame they wasnt sold in pairs. Great year for us U2 fans looking forward to 2015! Merry Christmas & Happy New Year 2U all
alexct
24 December, 2014
Just a question
I really loved the Invisible video and I have a question for the guys: do we need to bring a flashlight for the nest tour? Maybe it could be a wonderful gadget to give to the audience. Another big effect after the Milky Way!!
Parbat
24 December, 2014
2015
Missing the tour since 360.It will be great to see U2 on a road again.See ya in Berlin!
Raheny66
24 December, 2014
Another U2 year
I just so proud to be Irish , I can't wait for the live shows and songs of experience, Merry Christmas and a happy new year boys, hope Santa brings you a new bike Bono
tonyparky
23 December, 2014
every breaking wave
Massive tune one of u2's best can't stop playin it ... lookin forward to Dublin gigs
bredppx
23 December, 2014
Great Year
Oh yeah what a great year 2014 !!! Thank you U2 !!!
Koke-dera
23 December, 2014
Extraordinary Twelve Months
Need more be said?
mateuszwiktor
23 December, 2014
Beautiful Year
It's a beautiful year ! Cool song's, super album and videos. And good info about new tour. We are waiting for you boys !
Newer comments    1 - 24 of 24    Older comments