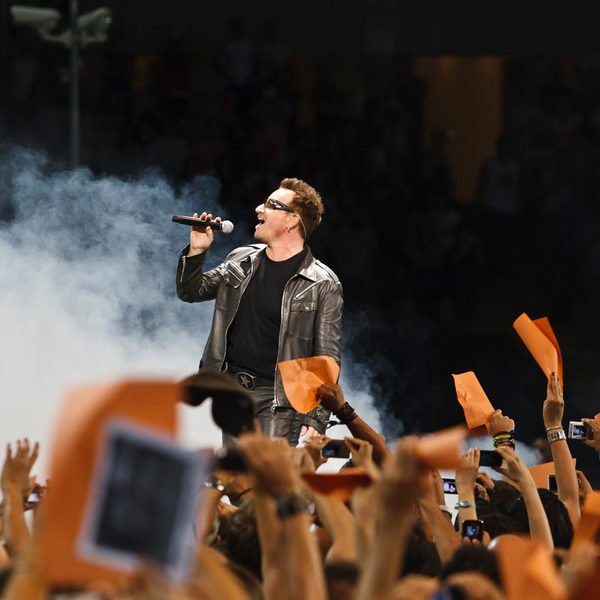 share
'U2 opened the first show of their European summer tour, at Olympic Stadium in Turin, Italy, with the unknown and the familiar. The first song was a brand new, unfinished number, "Return of the Stingray Guitar."

'It was so new it didn't have a real ending €” the band just stopped playing after four minutes of a hard pneumatic groove, driven by the Edge's crunching-fuzz guitar.'

David Fricke of Rolling Stone was at the show on Friday and noted that Bono was singing 'like he's ready to go the distance.'