Show Within A Show

In Amsterdam on night three, John Noble, who looks after our community site zootopia, was in the house. His review is just up in the Zoo - here’s some edited highlights.

'Got lost in the cold universe surrounding ‘Iris’ - maybe the song I had wanted to witness live, most. It being the first use of the giant screen (so hard to describe the screen... to do it justice), old cine images mixed with the latest tech-created fabulous-yet-tenderly used LED’s, the next show within a show begins. You may have seen it a hundred times on Youtube. Nothing will stop your jaw from dropping when you see, in person, Bono walk down Cedarwood Road….'

'There is this blinding flash of reality early into Act 2, near the end of ‘Invisible’ when Bono shouts ‘I am HERE’ that fuses every person present in the room. You need to be there to experience it to appreciate it full effect (of course that pretty much applies to all the show, but there are moments like this you must be present in to ‘feel’)

Even Better Than The Real Thing - who’s bright idea was it to put that next? Nothing else in this spot would work any better. The band are in the screen. On the screen. Twirling and swirling, larger than life, real time.. another headspin time… And the crowd really got into EBTTRT at Amsterdam 3...'

'High energy moments, twist & turns, at least a half a dozen completely different segments of the show so far, then things mellow down… a piano emerges through (yes, through) the e-stage.. Every Breaking Wave begins the part of the show that has been totally reworked from the North America leg. October, Zooropa, Streets, Pride, With Or Without You…’

Were you in the house for night three in Amsterdam? Add your own photos and reviews here.

Comments
6
You must be a logged-in member to add comments.
SIGN IN / SIGN UP
the_notorious_ace
16 September, 2015
Acrobat
Video of a fan requesting Acrobat.. Bono says "We looked at it yesterday actually." Spread the word. Maybe we can get it played. https://www.facebook.com/U2.360gradi/posts/1035863576454200
edgeplaytheblues
14 September, 2015
The ultimate U2 show
The absolute perfect end of an incredible U2 week in Amsterdam! Magnificent, Sweetest Thing and Bad into 40. What do you want!!!! Baaaaaad I screamed at the 3rd night with BAD painted on my cardboard. Edge saw it and he laughed about it, but finally at night 4 they played it. What an incredible performance! This evening was may be even better than the third night. Edge bowed especially to our spot. Since there is no topic about the 3rd night : THANK YOU, Mr The Edge for giving me your plectrum!!!! Amazing memories!
menezesnatalia
14 September, 2015
Great tour!
I am really happy that I had the amazing opportunity to attend to all of the four concerts in Amsterdam. I hope I see you guys again. You are fantastic! Love the brazilian T-shirt! :)
Conakry
14 September, 2015
Me and my son
Me and my son at Ziggodome, Amsterdam on 12 September

Conakry
14 September, 2015
Fantastic
I was there with my 11 year old son. It was fantastic, great, so beautifull, still thinking about the concerts. I was there 8 September too, with my daughter. So nice I had the chance to do this with my kids!!! Thank you guys, we had a great time. See you at the next tour. Enjoy yourselves in the rest of Europe!
jnspellman
13 September, 2015
Amazing night
My first show on this Tour - superb - no amount of YouTube videos can really do justice to seeing it live! So many highlights but second half really took off - I really loved Even Better than the Real Thing plus Zooropa/Streets was outstanding - only downside was the floor area was over packed - way too many people with little room anywhere - very uncomfortable at times 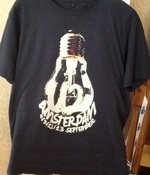