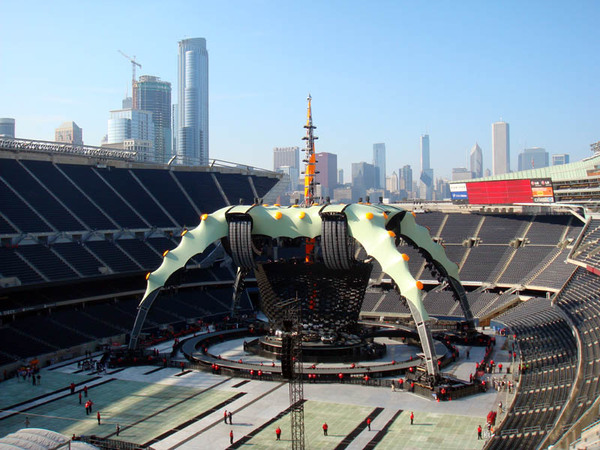 share
Great vibe outside Soldier Field this afternoon, ahead of the opening night of the tour in Chicago tonight. In fact great vibe in the city in general after yesterday's radio interviews, with acres of press coverage this morning and massed encampments of passionate fans at any and every place the band might be expected to show up.

Soldier Field doors are open at five then it's just a couple of hours till Snow Patrol at 7, with the main attraction expected on stage at 8.30.

Cool collection of photos from rehearsals last night at the Chicago Tribune. which also carries a ton of detail on the Stage production - and while we're waiting for the show, we thought you might like to read them.