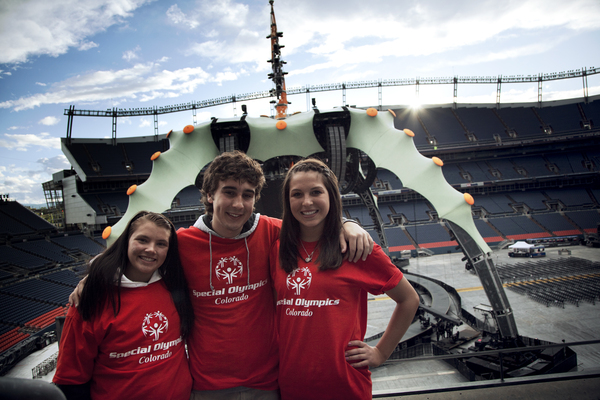 share
Tonight in Denver - Sydney, Skylar and Cody from Grandview Highschool will attend a dress rehearsal of U2 360. The three participate in a special education spirit programme organised by the Special Olympics in Colorado.

Tonight's dress rehearsal will be the first time the teenagers have seen U2 in concert and they were pretty excited to meet U2 and have their picture with The Claw. U2 performed at the Opening Ceremony of the Special Olympics in 2003. This is third time the band have opened up a dress rehearsal to participants of the Special Olympics and other invited guests - with previous events taking place in Brussels and Barcelona.