'SPIDER-MAN Turn Off The Dark': Coming This December 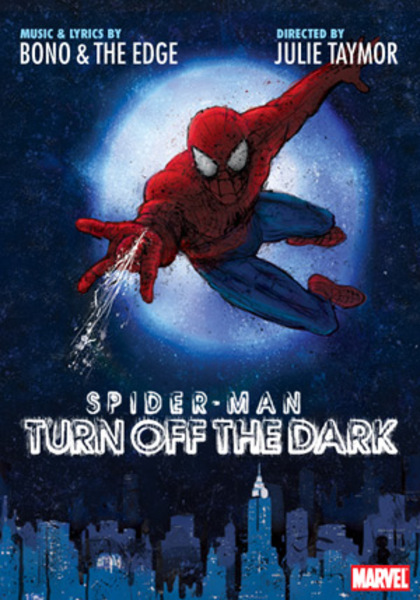 'Drawing on more than 40 years of Marvel comic books for inspiration, SPIDER-MAN Turn Off The Dark, spins a new take on the mythic tale of Peter Parker, a teenager whose unremarkable life in Queens is turned upside-down - literally - when he's bitten by a genetically-altered spider and wakes up the next morning clinging to the ceiling.

Bullied by his classmates and tortured by an unrelenting crush on next-door-neighbour Mary Jane Watson, this science geek discovers he has suddenly been endowed with astonishing powers. He soon learns however that 'with great power comes great responsibility.' Maligned by the media, buffeted by financial woes and stretched thin by the expectations of the world-at-large, Peter must struggle to navigate the perilous and peculiar demands of being a web-slinging superhero.

With the characters in SPIDER-MAN Turn Off The Dark ranging from old familiar favourites to supervillains never-before imagined, Spider-Man's battles will hurtle the audience through a story both recognizable and unexpected, culminating in an eye-popping, ultimate test for this iconic figure.'

We'll be bringing you more on the show in the coming days. Meantime ticket sales are about to open.

American Express Cardmembers will be able to purchase tickets during an exclusive pre-sale offer beginning August 14th, via Ticketmaster.com (800) 745-3000.

Any ticket buyers who previously purchased tickets to SPIDER-MAN Turn Off The Dark and were fully refunded will be contacted by Ticketmaster and given priority access to purchase again.

Tickets will be available to the general public in September, also via Ticketmaster.com (800) 745-3000.