Surprise Grammy Nom for Walk On

7 Jan 2003
share
Walk On was selected in the 'Best Rock Performance By A Duo Or Group With Vocal' category in today's Grammy Nominations.

The nomination was unexpected because the track was first released over two years ago on 'All That You Can't Leave Behind'. But the version nominated is the live recording from a London studio for the September 11th Telethon and later released on the album 'America - A Tribute To Heroes'.

The track is also notable for featuring an additional guitarist in Dave Stewart and Natalia Imbruglia among the backing vocals.

And catch the band performing the track live at the Awards 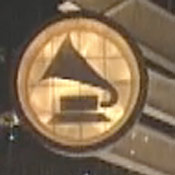 Singles, Press, Awards, All That You Can't Leave Behind
©2022 U2.  Powered by Live Nation Entertainment.