Toward the 'Zero Zone' 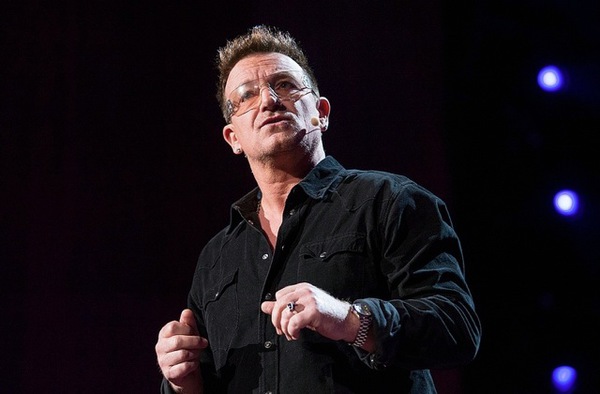 
Bono’s much-anticipated talk at the recent TED2013 conference is being made available online today in its entirety.

In the speech he calls on a new generation of evidence-based activists, or “factivists,” to see that the injustice of extreme poverty is brought to an end. He notes that global extreme poverty has already been cut in half over the past 20 years and, if we remain on the current trajectory, could be virtually eliminated by 2030.  Reaching this 'Zero Zone' means that less than 5% of the world’s population will live in extreme poverty.

Bono also highlights the incredible progress in the treatment of AIDS, the fight against malaria and the stunning reduction in child mortality - all in the last 10 years.  Compared to a decade ago, 7,256 fewer children die every day from preventable, treatable diseases – that’s 2.65 million lives saved every year.

“Have you read anything, anywhere in the last week that is remotely as important as that number?” he challenges.

Bono warns the progress we have made is in jeopardy – getting to the ‘Zero Zone’ is not inevitable and gains could be reversed.  He exhorts the audience to fight corruption, inequality, apathy and inertia in the pursuit of empowering the world’s poorest people.

Addressing the threat of corruption, Bono says open data tools and social networking services are helping to let in the light. "There's a vaccine for that [corruption] too… it's called transparency.” Thanks to open data, Bono says, “It’s getting harder to hide if you're doing bad stuff.”

In the talk, Bono challenges viewers to become “factivists” who share the facts of progress and help campaign for more progress – by joining groups like ONE.  He also urges governments to continue to fund programs successfully combating extreme poverty and disease like the Global Fund to Fight AIDS, TB and Malaria.

Watch the Bono TED talk and get the transcript.

ONE is a global advocacy and campaigning organization backed by more than 3 million people from around the world dedicated to fighting extreme poverty and preventable disease, particularly in Africa. For more information please visitwww.ONE.org