As part of last week's Stand Up For Ukraine fundraising campaign, activists, advocates, artists and entertainers called on world leaders to pledge their support for those forcibly displaced in the country.

A global social media rally came ahead of a pledging event in Warsaw, Poland, hosted by Global Citizen in partnership with European Commission President Ursula von der Leyen and Canadian Prime Minister Justin Trudeau, which raised over $10bn in grants and loans to support those who've fled their homes in Ukraine.

Posting a new acoustic version of Walk On, with updated lyrics, Bono and Edge added:

'The brave people of Ukraine are fighting for their freedom -- and for ours -- in the face of unspeakable violence and an unjust invasion. More than 4 million people, mostly women and children, have had to flee for their lives -- a population nearly the size of Ireland. World leaders must stand up and stand by Ukranians now ... those who are fighting and those who have fled ... and stand with refugees everywhere who have been forced from their homes and their lands.' #StandUpForUkraine

Comments
11
You must be a logged-in member to add comments.
SIGN IN / SIGN UP
FranzAustria
16 May, 2022
Keep on rocking for freedom!
Let's sing together soon againts the brutal war on tour!
40karine
11 May, 2022
Thank you
thank you very much for them and for keeping the compass in the right direction.
Val58
04 May, 2022
Melt my Heart
Bono and Edges acoustic version of this is fabulous. Walk On has always been a favorite song of mine. Singing it for Ukraine brings a whole new meaning to it. Peace be with us all
1nspirare
04 May, 2022
Thank you
It was to hard to listen to this song back when it first came out, but after about a month or so I finally did. Heartwarming performance! Hope to live long enough to see you guys perform in my home country. Someday, after the victory. Cheers from Ukraine Ivan
Naty2667
02 May, 2022
#peopleoverprofits
Walk on Ukraine right after these war crime atrocities...Walk right on back home and force those with guns and bombs to fix the damages caused by the misdoings of blindfolded fools who know nothing of humanity!!! #russiagohomethestreetlightsareout 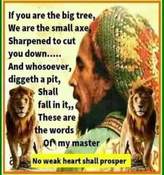 madeira57
02 May, 2022
Stand Up for Ukraine
It is very touching ans inspiring to hear this theme recreated in this way for such an important and urgent cause. You bring such hope and encouragement for these suffering people, to keep on fighting for freedom .
musicabona
16 April, 2022
Beautiful message of solidarity
With this acoustic version and references to the horrible situation the Ukraine has to go through now Bono and The Edge created a touching message of solidarity. This song is a beautiful choice to reflect current times and a strong encouragement to keep on fighting for freedom.
Tim Schulz
14 April, 2022
Incredible!
I am truly amazed by what you guys do, and how much you care. You are so inspirational! I feel the heart strings with the notes you sing and play. To hear you totally re-create already powerful songs and make them even better 20 years later (and still sound awesome), that's just beyond words! Your words mean a lot, and your songs are beautiful! Thank you so much!
yaronfeuer
12 April, 2022
Very nice and gentle
Exciting sound and so exiting content like only you all can do. thank you! Yaron
orange12
12 April, 2022
A moving adaptation
Saw this on IG yesterday. Glad it's on the site here - it deserves as wide an airplay as it can get. Always fascinates me how the band "re-invent" their songs - whether it's on the road or for specific causes - and this is another fine example for the good people of Ukraine. Thank you.
Timo1966
12 April, 2022
Timo1966
Well done Bono and Edge. Ukraine needs all the help it can get. The old and new lyrics are poignant and relevant. Crawl, run, drive and WALK ON
Newer comments    1 - 11 of 11    Older comments