2 Jul 2009
share
Bono calls it 'the space station' and the chances are it came from another planet. Hanging there in the night sky, it looks for all the world like something out of NASA - seemed kind of fitting that some real astronauts took part in the show, from another space station.

Mark Fisher, co-designer of the groundbreaking 360 stage production, has worked with U2 on stages since the ZOO TV Tour in 1992. We found him at Ground Control at Camp Nou just before the band took off into orbit. 'Without doubt,' he says, ' this is the best stage we've ever done.' 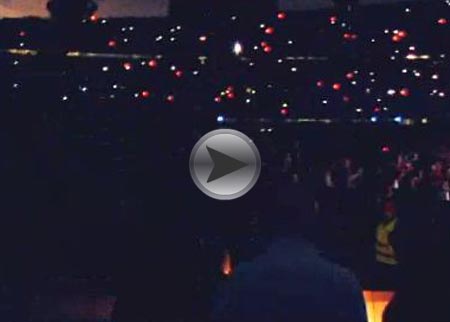 Home, Highlights, Tours, No Line On The Horizon, Collaborations, U2 360° Tour, Other
©2021 U2.  Powered by Live Nation Entertainment.