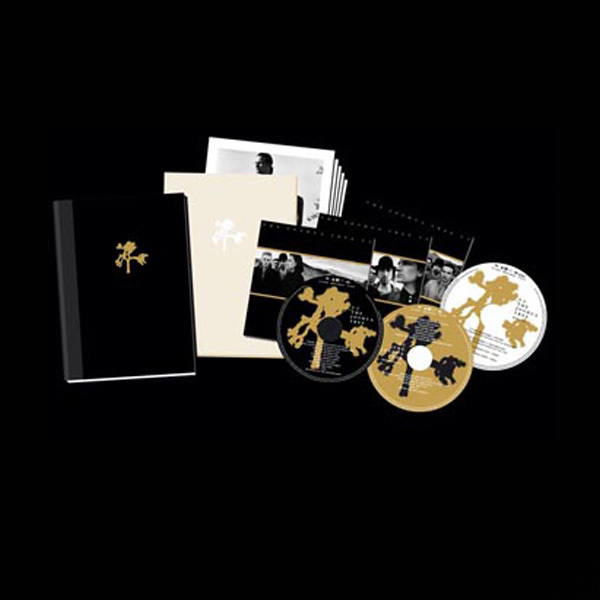 DISC NO:1
DISC NO:2
share
In 2007, U2's landmark 1987 release The Joshua Tree, was digitally remastered from the original analogue tapes to mark 20 years since its release.
In 1987, The Joshua Tree reached Number 1 around the world and won a Grammy for 'Album of the Year', while U2 won the Brit Award for Best International Act and Time Magazine put the band on its cover, proclaiming them 'Rock's Hottest Ticket'. Including a clutch of the band's biggest ever tracks - I Still Haven't Found What I'm Looking For, Where The Streets Have No Name and With Or Without You - The Joshua Tree went on to sell more than 20 million copies. The digitally remastered edition came in four formats:
* A standard CD featuring liner notes from Bill Flanagan, lyrics and unseen photographs from long time collaborator Anton Corbijn.
* A double 12" gatefold vinyl format, with the original album pressed across two 180 gram audiophile discs.
* A deluxe edition including a second CD of b-sides and demos from the original album sessions.
* A limited edition box set containing two CD's and a DVD featuring The Joshua Tree Tour live from the Hippodrome in Paris and other rare video footage.
The track listing is as follows: Where The Streets Have No Name, I Still Haven't Found What I'm Looking For, With Or Without You, Bullet The Blue Sky, Running To Stand Still, Red Hill Mining Town, In God's Country, Trip Through Your Wires, One Tree Hill, Exit and Mothers Of The Disappeared.
Released Date:
03 December, 2007
Produced By:
Brian Eno and Daniel Lanois
Engineer:
Flood
Label:
Universal Island Records under licence to Mercury Records
Recorded At:
Windmill Lane Studios
IMAGE + VIDEO
ALL ALBUM VIDEOS
With Or Without You - The Joshua Tree

'There has been continuous demand from U2 fans to have The Joshua Tree properly re-mastered. As always, the band had to make sure it was right, and now it is.'
Paul McGuinness


'The Joshua Tree will prove a braver and better record than anything else that's likely to appear in 1987.'
NME