3 Jun 20093
share
U2 got together with Senegalese legend Baaba Maal on a Bob Marley classic in London last week... and everything felt alright.

It all happened at the Island Records 50th Anniversary special at Shepherds Bush Empire. We've got a sneak preview - catch the entire show on Channel 4 in the UK at midnight on the 19th June. 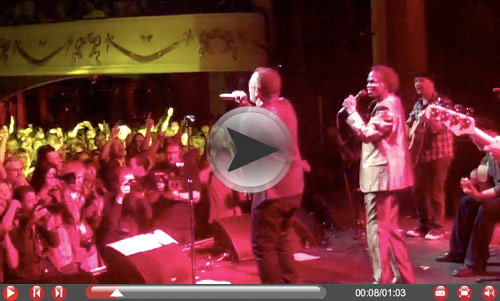