Directed by Vincent Haycock and featuring Woody Harrelson and Zoe Harrelson, this  seven and a half minute short film accompanies 'Song For Someone', the third single from Songs of Innocence and released on Monday.

With cinematography by Steve Annis and produced by Pete Vitale & Park Pictures, Song for Someone features Woody Harrelson as a man being released from prison after years of incarceration and also features his daughter Zoe Harrelson.

Speaking about the film Bono, The Edge, Adam Clayton and Larry Mullen Jr. said, 'Vincent Haycock’s vision and Woody and Zoe Harrelson’s performances didn’t just complement Song For Someone — they completed it. We could never have envisioned the new dimension this beautiful story would give our song, and we thank everyone involved for their part in fully bringing Song For Someone to life.'

Watch the video and tell us what you think in the comments below.

Comments
13
You must be a logged-in member to add comments.
SIGN IN / SIGN UP
erodrigues
17 August, 2015
Love
I love U2 since I started to believe in love. This is an amazing and beautiful short movie.
Elianesantos
13 August, 2015
Song for Someone
Bravissimo!
bumper
05 August, 2015
Powerful video, powerful song
An emotionally compelling, simple-yet-complex narrative communicated with almost no dialogue and no visual acrobatics. A testament to the writing, directing, editing, performances (particularly that of Woody Harrelson), and of course, music.
lassche
03 August, 2015
Son g for SomeOne is my favorit of the n
this video makes it more complex for me to Understand Bono his idea of this song. Still I see a few Beatiful shots in this clip, the Joshua Tree is back and he/she is Green: Magnificant! The complex relationship with father-son/daughter and with a prisioner makes it more complex. Love and Light my way U2 to VertiGo. The VertiGo Hunter. Miss you sugar. . .. ... ....
Lisanyc
31 July, 2015
Amazing show
I have seen U2 numerous times and last night was one of my favorite shows. Thank you for that. I also would like to thank you U2 six years ago at Giant Stadium. I meet my husband. We walked down the aisle to Beautiful Day and our wedding song was All I want is you. Thank you from the bottom of my heart U2. Lisa
Jeroenr
24 July, 2015
The beauty and the beast
Can't imagine how it must feel to have missed the upgrowing of your beautiful child. A double cross to bear. One of guilt and one of regret. The child is forgiving and brings hope. Thank God 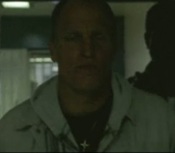 barbara_prince
23 July, 2015
song of for somebody
after viewing the video a few times i pericived a childs view in ways of a father that was more foreign and childlike in the world than herself THE CHILD the father coming back to life after a harsh journey away from the present world before he was man that she new as a father or could he be again, with a childs perspective would she lead the path they never quite took together in hand (when heard with the song) the videos affect
barbara_prince
22 July, 2015
song of innoscence
intresting video I first heard the song on Klite fm 102.9,thiking it was a song of innocence and love stories of being a better person than one perceived themself through their lifes journey a father telling his daughter her unspoken beauty was more than words could express and hidden would be their innocent ..love until the day she was another mans bride like the day she was born as his child now seeing the video im not quite sure it still has the same worth when i first heard the song i though of every little person that needed love expression in the kindest way as a father would want as a daughter would wish upon every child no matter who or where.
marcolh
18 July, 2015
Happy
Always felling good emotions seeing and listening U2 videos. Make us bigger and better.
ericplante5059
15 July, 2015
Beautiful song on video and espacially l
Very good video, cannot imagine what it would feel like...
PauloSilva
14 July, 2015
love this band ever
this is 4 ever the best band in world,,u2 cant wait to listening the song live must be perfect..we wait for you next year in europe,,portugal ok boys,love 4 ever u2 from portugal
ehennig
13 July, 2015
Cant wait to hear it Live...
Beautiful song... great video (short film)... Woody Harrelson express sooo much without even saying a word... BRILLIANt how the lyrics, melody and video work together.... the only remaining thing for me is listening it live...
paulcon05
13 July, 2015
Powerful
Really powerful video interpretation of the song. The feeling of hope through the adversity is there and the potential of establishing the new relationship with his daughter.
Newer comments    1 - 13 of 13    Older comments