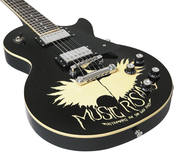 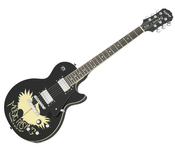 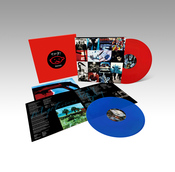 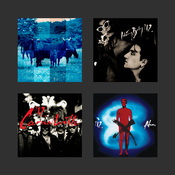 Over 10,000 fans took part in the ohyay experience ahead of the recent Music Rising auction, and this is a new opportunity to visit the virtual artist rooms on the platform and explore the rich stories behind the guitars that were auctioned.

The promotion is a way of saying thanks to fans who supported the recent Guitar Icons auction which raised nearly $2 million for musicians in New Orleans whose livelihoods were affected by the pandemic.

Here's how to enter.

The limited edition signed Epiphone Les Paul Standard was created in 2006 to raise funds post Hurricane Katrina. The guitar is black with the original Music Rising logo emblazoned across the front of the body and the neck is engraved with the words "Rebuilding Note by Note."  The guitar was signed by Edge in 2006.

Runners up are in with a chance to win a U2 Achtung Baby 30th Anniversary Limited-Edition Deluxe –  The Complete Series of 4 Covers - all shot by Anton Corbijn.

Winners will be selected at random from all entries at the end of the promotion. The promotion begins Wednesday, February 9, 2022 and ends at midnight ET US time on Monday, February 28, 2022. Entrants automatically agree to the rules and regulations posted to ohyay.co.
For more information on the guitar specs and promotion rules, visit www.ohyay.co/musicrising