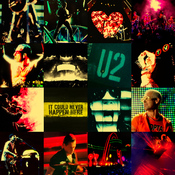 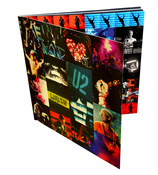 'U2 Achtung Baby 30 – Live', featuring twelve show-stopping performances from three decades of touring, is now in manufacturing. (Track listing below.)

As of today, we'll be regularly releasing tracks in the run-up to dispatch of the deluxe CD set which includes a striking photo booklet and a specially commissioned commentary from Bill Flanagan.

If you've resubscribed for 2022, when you're signed in, click on Account Info from the drop-down menu on the top right of the page and you'll find the first two downloads from 'U2 Achtung Baby 30 – Live' waiting for you.

Who's Gonna Ride Your Wild Horses (Live from e+i Tour, Belfast, 28th October 2018) and Tryin' to Throw Your Arms Around the World (Live from The Zoo TV Tour, Dublin 28th August 1993)

In the comments below post your review of these first two tracks (maybe you were there on one of those nights?) and let everyone know what you think of the track listing.

Comments
82
You must be a logged-in member to add comments.
SIGN IN / SIGN UP
wongster
11 November, 2022
So Cruel - Live
I am really looking forward to hearing the live version of "So Cruel" since U2 has only played it live four times. It is probably one of U2's most underrated songs.
Mofo74
24 October, 2022
Vi prego Aggiungete.un Concerto live dello ZooTv Tour del 1992/93 Sarebbe la cosa piu giusta da fare Noi fan ce lo meritiamo Grazie.

dankirry
21 October, 2022
None from Achtung Baby tour?
No tracks from the actual Achtung Baby Tour? The Miami show was stellar! Too bad.
batmaniro
17 October, 2022
Non vedo l'ora!
Le 4 tracce già arrivate le ho praticamente imparate a memoria. Non vedo l'ora che arrivi per averlo tra le mani,ma mi accontenterei di tutti i download il prima possibile
Prowl2000
14 October, 2022
Dublin 93
The Dublin 1993 show that was broadcast on radio is still one of the best sounding live performances I have ever heard. I love the songs from Achtung Baby and am excited every time I hear one of them at a U2 show. Thanks for making this. I wish U2 would release more of their live performances.
pantheon
04 October, 2022
No tracks from the 1992 tour?!?
Just a pity there’s no tracks from the actual U2 Achtung Baby 1992 tour
jc619er
04 October, 2022
Finally!
Finally they are giving us a taste. I'll never be upset with a compilation of Achtung Baby tracks, but I truly wish they would have all been from the ZooTV tour, except for Acrobat for obvious reasons. But maybe that's why they went this route. Since they couldn't do the entire thing from ZooTV performances then just pull from all the tours since it's release. But man, hearing a well mastered recording of Trying to Throw Your Arms Around the World with young Bono voice is just magnificent. Hoping these start shipping soon.
Matt84
03 October, 2022
Would love a vault series!
This looks like a fantastic release. Would love to see a vinyl release of it too! As others have said - it would be great to see the vault open up more often. How about a vinyl release every 6-12 months like Pearl Jam’s vault series.
uphoric
02 October, 2022
Stuff to get us through the dark days
Aaah, something to look forward to. A bandaid for the wound of not doing a 30th anniversary tour. If Joshua Tree deserved it, AB certainly does so too.
lu2cho
01 October, 2022
Tanto material...no aprovechado
Me alegra ver registros inéditos en esta recopilación, pero habiendo tanto material archivado, siempre se termina eligiendo lo mismo (ZS, TTTYAATW, MW).
marcoaerts
30 September, 2022
Finally
finally good news. It brings back old memories. Looking forward to.
MettaW
30 September, 2022
Brisbane, Queensland, Australia
Hello U2 + community, I’m yet to download the new songs as I’m driving to a beautiful rainforest creek with my husband and youngest son for. an afternoon hike and swim. I’m looking forward to hearing the songs and receiving the much anticipated resubscribers gift. It would be great to see U2 return to Oz, and Queensland in particular. Eg. we have a great convention centre (ASM Global Pty Ltd) under renovation in Cairns…hint, hint!!! We are also the gateway to The Great Barrier Reef and The Pacific. Love, Metta
srar
30 September, 2022
Disappointing
This was my era so having waited ages for this it’s pretty disappointing. Only 4 tracks from Zoo TV and even 1 of those is already available via a radio broadcast. There must be so much Zoo TV recordings in the vault but these days the band just seem to be focused on releasing material that’s been tweaked to death and production heavy.
yardie
30 September, 2022
Across The Decades
So special to me, I remember being at the Dublin gig in 93. It was kind of the end of my youth in many respects with friends that have long parted ways and moved on or out of my life. One of those times in your life when one chapter closes and a new one begins It was in the summer just before I'd meet my wife to be. We celebrate our 25th wedding anniversary next year - I'm just hoping there might be some U2 activity to go with it! Then 2018, Belfast - a smaller venue, but there you are, so many years later and the best band ever is still knockin' tunes 'out of the park' to their fans. Great gig. I've been fortunate to see the band a few times - even NYC in 2015 - hard to beat an Irish crowd (north or south of the boarder) though. Regardless of time, we know how to party when U2 are in town. Here's to the future!
eponaU2
30 September, 2022
Why
Why are these tracks not from the actual Achtung baby tour? It seems only 4 are. I do thank you for releasing these.
Darcy08081983
30 September, 2022
Top *****
Great sound!!!!!!!!!!!!!!!!! Cannot wait to get the physical copy on my hands ( even though I don´t have a CD player anymore) ;-)
robertojennifer
30 September, 2022
Wow
Can wait to have my cd I hope you guys go on your for this era Zoo Tv
jeex
30 September, 2022
AB! Forever
Another terrific Live release! thank you so much! I can't wait to have the complete cd in my hands! I was there in 1993 in Naples. Peace and Love! ☮❤ Luigi

seto
29 September, 2022
D10S es argentino
Solo Buenos Aires repite canciones del listado, por algo será. Y fui a los dos shows!!
tmckernan_u2
29 September, 2022
Great! Thank You!
I was there at the Belfast shows (2018 & 2015). As a person who is from the city, I'm very happy to see yet another live recording being released from Belfast (Who's Gonna Ride Your Wild Horses). The Blackout was another live recording released on 2019's subscriber gift, U2 Live Songs of iNNOCENCE + eXPERIENCE which was great! The live version of WGRYWH on the 2018 tour I loved too. I'm loving the recent subscriber gifts over the past few years, especially with the CD, photo booklet releases. I'd welcome more of this. With that said, I'm hoping that we can also get to see the U2 vault open up a bit more in future releases (maybe more complete live concerts for example?) which would be fantastic. As a side note and to give credit, it's positive to hear that manufacturing is now taking place in both Europe and North America which I assume will benefit the fans better. I'm really looking forward to this release hearing all of the tracks and I hope to see U2 return to Ireland's second city (Belfast) once again in the future.
cristiu2
29 September, 2022
Finally
Finally some news... The gift looks great. Hope to get this gift without taxes. Hoping that it's producing is in Europe.
adamfress
29 September, 2022
1992.....
Wao Thrills......
u2gb007
29 September, 2022
ZOO TV from Sydney
Would be nice for a track or 2 from the actual Sydney show which I was at. I'm not complaining tho, love this album :) :) :)
Miriam Jonker
29 September, 2022
One of the best U2 albums and my favorit
Love, love this album!
Jleds
28 September, 2022
Finally Get The Gold
Nice Concert Picks. I Hope You Guys Release Some Bonus Download Tracks, maybe Achtung B Sides Live or Zooropa Tracks Live Bonus. Thanks For Caring And Sharing With Your Fans.
Jstella72
28 September, 2022
Great Music and Great News
Finally, we have the track list. Nice downloads. Many memories, great collection and selection. Can't wait for more downloads Thank you
monique27
28 September, 2022
Magnificent
Finally,: Achtung Baby come my way!
soey
28 September, 2022
Thank you!
It's so great! Thank you so much! So many loving memories coming up... can't wait for more and finally having it in hands. Thank you lads for giving me such great memories ... and more to come, I'm sure!
MICHEL13056
28 September, 2022
gift 2022
gift 2022 . all in all...happy! but a very big disappointment...I was really hoping for ultraviolet live...zoo tv tour! we already had a version of the 260 lap!! shame !
music4menu
28 September, 2022
SO CRUEL
Why are you so cruel? Detroit was an amazing night - more Canadian show content would be appreciated in the future - more Canadian shows would be really really appreciated - Thank you for the CD -