'An evening of words, music and some mischief…'.

Live Nation and Penguin Random House have announced a 14-date city book tour in support of SURRENDER: 40 Songs, One Story, the forthcoming memoir by Bono.

The book tour, titled 'Stories of Surrender' and produced by Live Nation, is a limited run of theatre dates to mark the release of a memoir in which one of the world's most iconic artists writes for the first time about his remarkable life and those he has shared it with. Bono will bring the stories of his life to life — live and in person— to 14 cities across North America and Europe.

"I miss being on stage and the closeness of U2's audience," said Bono. "In these shows I've got some stories to sing, and some songs to tell… Plus I want to have some fun presenting my ME-moir, SURRENDER, which is really more of a WE-moir if I think of all the people who helped me get from there to here".

TICKETS: Tickets go on sale starting Friday, October 7 at 10am local time and will be available at: www.ticketmaster.com/bono.

Each ticket purchased comes with a copy of SURRENDER, released on November 1, and all tickets purchased online will be delivered as secure mobile tickets. There will be a two ticket limit per person.

SURRENDER: 40 Songs, One Story, tells the story of Bono's remarkable life, the challenges he's faced, and the friends and family who have shaped and sustained him.

The subtitle, '40 Songs, One Story,' refers to the book's 40 chapters, each named after a U2 song. Bono has also created 40 original drawings which will be featured throughout the book. In his unique voice, Bono takes readers from his early days growing up in Dublin, including the sudden loss of his mother when he was fourteen, to U2's unlikely journey to become one of the world's most influential rock bands, to his more than twenty years of activism dedicated to the fight against AIDS and extreme poverty.

Writing with candor, self-reflection, and humor, Bono opens the aperture on his life—and the family, friends, and faith that have sustained, challenged, and shaped him.

Comments
54
You must be a logged-in member to add comments.
SIGN IN / SIGN UP
Gloria78
28 November, 2022
Priceless
Bono took us to church that evening in Paris. In sharing his most vulnerable familial experiences, he illuminated why his songs saved my life. No wonder every lyric has spoken to me. The support he's had through out his life has enabled him to support others through song and his advocacy efforts. If I could see it every night for a year, I would.
Diannecrokepark56
20 November, 2022
Dianne best fan
Wow wow wow could have listened to him all night. Outstanding and amazing performance from everybody. Still hoping for a last concert
Alcon
18 November, 2022
Alex
So glad to have seen this show & hear this strong .powerful , emotional voice... & hear his story of life .. bono is a great speaker & you could listen to him all night . The foursome put out some great tunes & sounds ..hinting he misses the fans and gigging ..hopefully in the near future they do ... ( u2 whole band ) Waiting patently .....
Sirenpics
14 November, 2022
Once in a lifetime event in Los Angeles
I went to the show last night in Los Angeles and it was truly a beautiful experience. It was stripped down, intimate and extremely powerful. We all know Bono is a natural story teller and it made tonight even more special since he was telling his story. He moved from one memory into a song into the next memory. It was spectacular and moving. It went by in a moment and I wished it would not end.
jmp19
13 November, 2022
Wow
This evening was like attending a church revival and a rock concert, and sitting down with a good friend to reminisce. Awesome show.
anson
13 November, 2022
Great night in SF
Just got home from The Orpheum in SF. What a memorable evening! Here's to Bono and "The Three Terrors" for a great performance.
LaurieAK
08 November, 2022
Happy Birthday NK
So excited, spending an evening with Bono, celebrating my husband’s birthday
abrown
07 November, 2022
Night to remember in Boston
I have been a fan of U2 since 1984 when I was 15 and have seen them 14 times over the years. U2's music has been the soundtrack of my life. Bono's book tour show was truly an unforgettable night. I have never seen anything quite like it. Bono demonstrated why he is The Showman. He brought the audience along on a trip through his life of joy and sadness, laughter and tears. What a gift he gave the audience in telling his story through some of the best songs ever written!
Mrdisco
06 November, 2022
Toronto
That was an incredible show that had the audience captivated from start to finish
Owencooper
31 October, 2022
Nashville
Driving from Birmingham and this was something I couldn’t pass up. I hope by a miracle I can get Bono to sign the book. Been a fan since 1980, have attended 14 concerts. 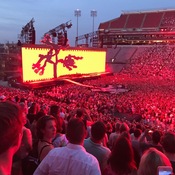 jeffway
31 October, 2022
Bono in Boston
So excited to see Bono this coming Friday in Boston. Bringing my 80 y/o mom who is super excited to see him. She's been a fan as long as I have and always wanted to see him but never has. Maybe Bono can say hi to my mom Pam!!! Thanks for so many memories and new ones to come. Jeff
texcrowbar
31 October, 2022
Chicago on our 25th wedding anniversary!
My wife and I will be at the Chicago show on the very night of our 25th anniversary! We're both lifelong fans and have seen every U2 tour together since ten days before our wedding at PopMart in Minneapolis. We even made the rookie mistake of quoting "One" in our wedding program ;). Looking forward to a special night together again with a guy who knows a thing or two about long-term relationships (both with Ali and with Edge, Larry and Adam)!
irishdancer37
30 October, 2022
NYC
Got tickets for NYC. Excited isn't enough of a word to describe how I feel!
sms_10
27 October, 2022
Nashville Here We Come!
This event is an early birthday gift to myself! It’s been way too long since my last roadtrip and I am so excited to hear Bono discuss the book!
Bryant88
27 October, 2022
Chicago!!
Can't wait to celebrate our birthdays with Bono in Chicago! Bono is my husband's absolute hero and we are anxious to read his book! I am so excited to share this with him!! We love Bono & U2 and everything they do for music and the world we live in. Scott & Nichole Bryant

jonboy77
27 October, 2022
Worth it for a kid?
My 8 year old son has become a HUGE U2 fan since the pandemic. (Dad is a lifelong fan. 25+ shows) I was able to get a pair of tickets for Boston. Im wondering what everyone's thoughts are on how these performances will go? I'd love to take my boy, but think it will be too slow and "grown up" for his first U2 experience? Do I wait until 2023?
j3ruiz
25 October, 2022
SO EXCITED!!
Tickets for Nashville!! Can’t wait to see my favorite rock n roller!!! Love BONO!!
scayers
18 October, 2022
Thrilled
So excited I finally got a ticket for the Nashville show! Love the music, the band & Bono!
brigitte61
18 October, 2022
11/25 Paris
I'll be there, I know I'm lucky this time. thank you for coming to France. Brigitte
BMWGirl
16 October, 2022
Phew!
delighted to get a seat for the Glasgow show, will be on my own but surrounded by great company :)
rockstopsthetraffic
15 October, 2022
Bono night
Got tickets for Glasgow, will be interesting to see what he does
autohausal
15 October, 2022
See you in Nashville!
Can't wait to hear the Stories of Surrender, see you soon in Music City , God Bless !
DJ4Ever
12 October, 2022
Great timing
My wife is between jobs that week. Didn’t need to spend the money we don’t have but couldn’t miss the opportunity for her to catch her favorite rock legend again.
sarahjames
11 October, 2022
Can’t wait!
Got tickets for Chicago! Sooo excited!
seanri528
09 October, 2022
Orpheum Theater, Boston
Can't wait to see what happens or what Bono will do. This is where it all started for U2 and it's definitely gonna be a special night!
alibono
08 October, 2022
EXCITING!!!!
See my hero in Dublin and Berlin! Can't wait!!!!! ❤️❤️❤️❤️❤️❤️
Marcy
08 October, 2022
Birthday show in Nashville!
What a gift from the Universe! I have tickets for Nashville on my birthday
lasrotas
08 October, 2022
Vialactea
I was so excited about this coming event , so much expected !! ...and , once again it has been impossible to get tickets for Paris ... i am so desapointed ... can i expect some more dates added ?
fabriciavoxs2
08 October, 2022
I found the continue and inspiration in
All the love I feel for you inspires me in all my days, good or bad in all my days and life 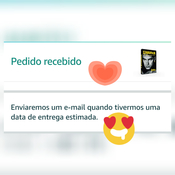 tonycarney
07 October, 2022
Bono in the UK
Got tickets, cant wait to see Bono on the 19th in Manchester, Its gonna be a brilliant night listening to the person who has been my hero,
Newer comments    1 - 30 of 54    Older comments